Finbar Group will officially launch the first stage of its $342 million three-tower development at Canning Bridge in Applecross this weekend. 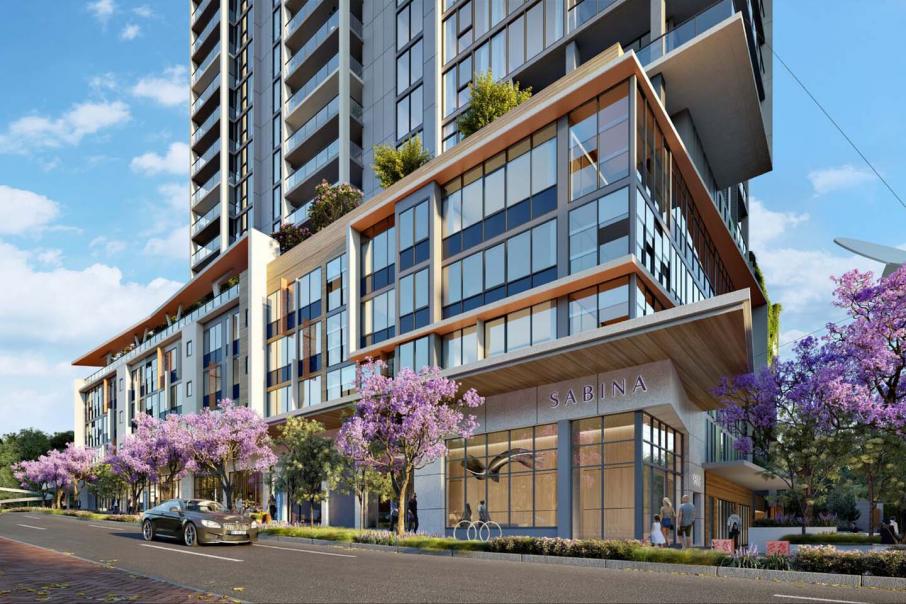 The 30-storey building will be located on Canning Highway, near Raffles Hotel.

Finbar Group will officially launch the first stage of its $342 million three-tower development at Canning Bridge in Applecross this weekend.

The $124 million Sabina apartments will feature 173 one-, two- and three-bedroom apartments, along with three ground floor commercial lots.

The 30-storey building will be located on Canning Highway, near the Raffles Hotel.

The facility will include amenities such as a heated pool, gym, sauna, guest apartment, music room and car wash bay.

Site works are expected to commence in June with estimated completion early in 2020.

The project is the third high-rise apartment development around Canning Bridge, joining Norup + Wilson’s The Precinct, and Stirling Capital’s Cirque.

The second stage of Finbar’s project consists of two more buildings that will consist of around 270 apartments and will cost about $219 million.

“Applecross’s stunning riverside location and jacaranda-lined streets make it one of Perth’s most sought after areas, but with a median house price of $1.5 million, it is an address that until now has been out of reach for many home buyers,” he said

“Our aim with this development was to provide an opportunity for families, couples and younger buyers to purchase in an area that would otherwise be unattainable for them.

“It also offers older Applecross residents the ability to downsize in the area they love while maintaining the luxury lifestyle they are used to.”