Apartment development specialist Finbar Group has notched up its eighth consecutive year of profit growth, with the results indicative of Perth's growing appetite for high-rise dwellings. 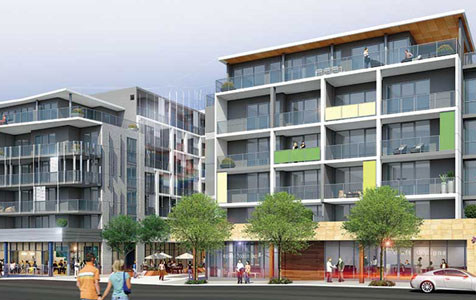 An artist's impression of Finbar's Subi Strand apartments, set to be finished over FY2015.

Apartment development specialist Finbar Group has notched up its eighth consecutive year of profit growth, with the results indicative of Perth's growing appetite for high-rise dwellings.

Finbar today announced its net profit for FY2014 came in at $36.5 million, up 17 per cent on the previous financial year.

The company reported early sales figures today for its Concerto project in East Perth, with 80 apartments sold over the first week of marketing, worth around $65 million, an indication of the vast appetite for apartment product, from both local owner-occupiers and offshore investors.

“We also secured some terrific sites that we are confident will drive our sales growth as they move through the development process, which is becoming even more efficient as Finbar and the apartment market continues to mature,” Mr Pateman said.

He said the company acquired seven new major projects across metropolitan Perth in FY2014, providing the opportunity to build 1,300 apartments with a collective end value of $883 million.

The company is also considering a mixed-use development in Port Hedland if market conditions stack up.

Projects set to be completed in FY2015 include the Spring View Towers in Rivervale, as well as Toccata in East Perth and Subi Strand.