Finbar Group has obtained planning approval to build 154 residential apartments at the Springs precinct in Rivervale, coming off an announcement last week of approval for a $170 million project in Subiaco. 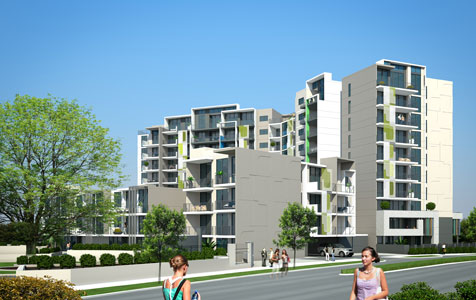 An artist's impression of the completed Arbor North project.

Finbar Group has obtained planning approval to build 154 residential apartments at the Springs precinct in Rivervale, following the announcement last week of approval for a $170 million project in Subiaco.

The new project, to be named Arbor North, will be part of a two-stage development comprising approximately 270 residential apartments and will be constructed on the 9,212 square metre, 50 per cent-owned joint venture site acquired in December 2012.

An application for the second stage of the development, to be called Arbor South, will commence shortly.

Arbor North is expected to have a $70 million end project value, offering one and two-bedroom apartments to be launched to the market in February 2014, with construction anticipated to commence in the middle of that year.

The company's Spring View Towers project, which is located 200 metres from the Arbor North site, has received strong demand with 88 per cent of the 188 unit project being sold with construction under way.

The Springs development is part of a 14-hectare revitalisation project by the state government.

‘‘This approval has been received on the back of last week's approval for our 264 unit project in Subiaco. The sale and completion of both of these projects will help underpin a robust 2016 financial year performance,’’ Finbar managing director Darren Pateman said.