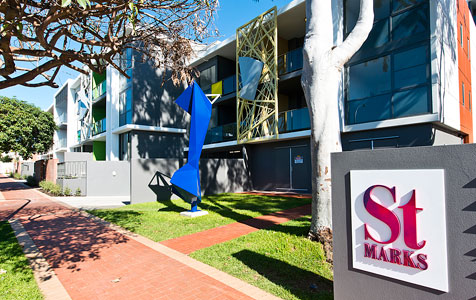 The two projects have a combined value of $89 million and will contribute to Finbar’s first-half revenue for financial year 2014.

Both sites are being prepared for settlements that are expected to happen in October.

The Highgate project consists of 130 luxury apartments alongside the original heritage-listed school building on Harold Street, which was most recently home to St Mark’s English Language College until February 2010.

Finbar purchased the college from the Japan-based GEOS group on a lease back arrangement for $11.8 million in February 2007.

The apartments have been sold out since March 2013.

At Currumbine, the Knightsgate project is located on Sunlander Drive and comprises 43 apartments, 41 of which have been sold.

“With our current cash position and cashflows anticipated from the settlement in these projects over the next few months, our company is very well positioned to support the commencement of new projects this coming year and to continue to have capacity to benefit from new growth opportunities,” managing director Darren Pateman said.

At close of trade today, Finbar stocks were steady at $1.48.