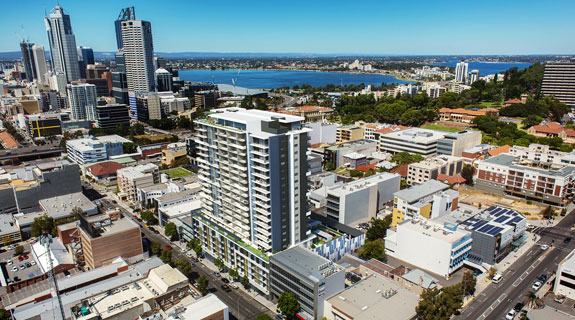 An artist's impression of the Murray Street project.

In West Perth, the City of Perth development assessment panel yesterday gave the tick of approval to Finbar’s plan to build 242 apartments with an end value of $125 million at 647-659 Murray Street.

Finbar holds a 50 per cent interest in the land which it acquired via a joint venture agreement.

Nearby on Railway Parade, Finbar has completed demolition works and is preparing to start construction on its Motive Apartments, where it has sold 56 dwellings out of the 143 on offer.

Elsewhere in the inner city, the developer is making solid progress on the Linq Apartments, in Northbridge and Concerto in East Perth.

Meanwhile, Finbar also announced this week it had been given planning approval to launch the first stage of its Port Hedland apartments project.

The first phase of development will comprise 109 apartments and six commercial units, with the entire project to encompass four stages. 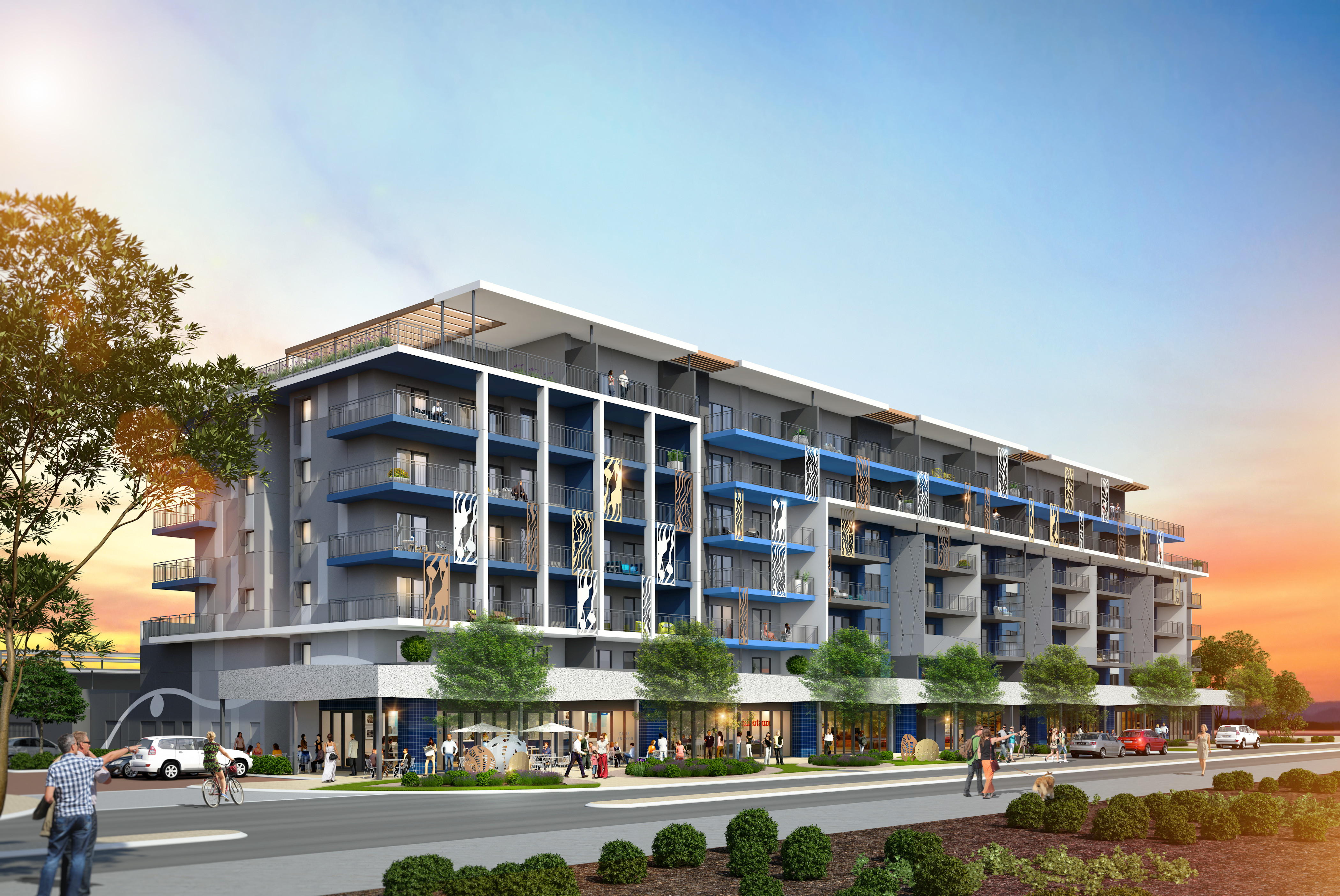 An artist's impression of the Port Hedland development.

Finbar purchased the land for the project, the former Port Hedland Hospital site, from LandCorp earlier this year, for $6 million.

The commercial tenancies include a café which will front Sutherland Street and provide ocean views.

The final three stages are proposed to comprise 441 apartments, which Finbar said would be built subject to market demand.

“We are very mindful of the current property market sentiment surrounding resource towns so we will be working very hard to ensure we create Port Hedland’s best apartment offering, in the best location, at a price point where we receive good traction in the current market,” Mr Pateman said.

“Our final negotiated position for the land acquisition allows Finbar to settle and develop the land only if we can achieve a certain level of pre-sales that suitably de-risk and underpin the land purchase and project viability.”

Marketing for the Port Hedland project is expected to commence in September.