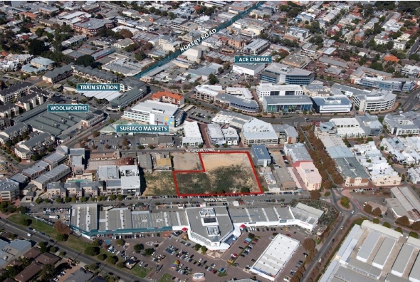 Finbar said it had entered into a 50-50 joint venture with a group of investors to jointly develop the site into approximately 220 residential apartments and 20 commercial lots over two stages.

“The Subi Centro precinct has emerged as one of Perth’s most diverse and liveable areas and we are very excited to have secured a sizable development opportunity for the company at a price that we believe represents excellent value,” Finbar managing director Darren Pateman said in a statement.

“Our company is again in a position of strength when there is a distressed asset opportunity and I am very confident that we will turn this opportunistic acquisition into a very profitable development for the group.”

Mr Pateman said works to prepare a development application had commenced, and the company planned to commence construction in 2013 with completion of the two stages in 2015 and 2016, respectively.