Financial fitness down in WA: report

Less than one-fifth of Western Australians are deemed to be financially fit, while the majority feel less financially secure than they did a year ago, according to a report by Bankwest. 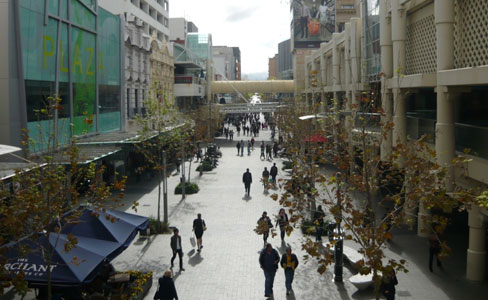 Less than one-fifth of Western Australians are deemed to be financially fit, while the majority feel less financially secure than they did a year ago, according to a report by Bankwest.

The 'Financial Fitness at Tax Time' report, which is the latest instalment in Bankwest’s financial indicator series, involved a survey of more than 800 people across Australia, looking at their financial status and tax return experiences and expectations.

The report found WA and South Australia to be the only two states where the proportion of financially fit people fell this year, rating lower in all four components of financial fitness – savings, net assets, insurance, and housing.

About 18.5 per cent of Western Australians were deemed to be financially fit, compared with 24.2 per cent last year.

WA’s housing score, which measures housing costs as a proportion of income, dropped to 5.7 out of 10 this year, from a healthier 6.5 last year.

Western Australians were also second behind South Australians to say they felt less financially secure (37.7 per cent) this year than last year, compared to New South Wales and Victoria.

Bankwest executive general manager retail Andrew Whitechurch said it was concerning to see deterioration in the factors that suggest financial fitness in WA.

“We are really starting to see the commodities downturn impact the average financial position of Western Australians,” he said.

“This may mean lower wage price growth than we have experienced in recent years.

“It is important to remember that we have seen a period of extraordinary growth in the state ... so while we have fallen from where we are, many Western Australians will be much better off than they were 10 to 15 years ago.

“From a long-term perspective, WA is a very good place to be,” he said.

Meanwhile, 58.9 per cent of Western Australians reported that their spending habits had become more conservative over the past 12 months, compared with a nationwide average of about 48 per cent.

“A large proportion of WA respondents reported that energy and food costs went up over the past 12 months, while 39.7 per cent say that transport costs have increased,” Mr Whitechurch said.

“On a positive note, the survey found Western Australians were expecting an average tax return refund of $2,868 this year, up from $2,057 a year ago.”

The higher refund expectations are potentially reflective of savvy WA sole traders accessing the instant asset write-off for depreciating assets costing less than $20,000, which was announced in the last federal budget.