Troy MacMillan reckons his financial advisory firm is prepared for sweeping changes facing the sector, unlike many of his peers. 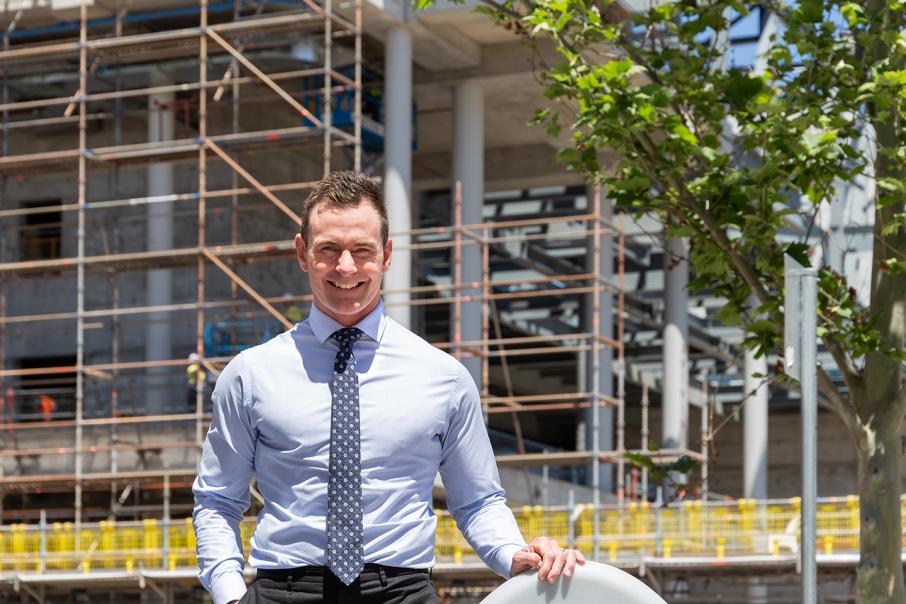 Troy MacMillan expects a lot of business owners will be forced out of the industry. Photo: Gabriel Oliveria

Troy MacMillan reckons his financial advisory firm is prepared for sweeping changes facing the sector, unlike many of his peers.

Anyone with a remote interest in finance will be familiar with the Hayne Royal Commission.

But not many will know about the Financial Adviser Standards and Ethics Authority, which was established last year to set the education, training and ethical standards for financial advisers.

Together they will have a dramatic impact on the financial planning industry, but one person who is relaxed about the pending changes is Troy MacMillan.

His West Perth firm, TWD Australia, was recently named practice of the year by the Association of Financial Advisers, and he believes one reason for that recognition is its readiness for the impending changes.

“Our business is future ready for all the changes that are coming,” Mr MacMillan told Business News.

The changes include new education and licensing standards that are tipped to cause an exodus from the industry.

“Almost everyone will have to do some form of study, at the very least an ethics unit, and a lot of people will have to go back and do a full university degree,” he said.

“A lot of people are really nervous; a lot of business owners will be forced out.”

The final report of royal commissioner Kenneth Hayne, due next year, is likely to result in more changes for the sector, as many financial advisory firms are owned by the big banks.

“People trusted the banks but they didn’t realise the banks weren’t acting in the clients’ best interests, and that’s what has come out now.”

When Mr MacMillan entered the financial planning industry, he joined one of the big banks.

“I quickly realised that wasn’t me; everything was based on how much product I sold to people,” he said.

He took a different approach upon establishing TWD in 2009.

“I drew a line in the sand; from that point on, we were not going to take (sales) commissions.”

TWD is based on a fee-for-service business model and Mr MacMillan said the key was to understand what the client really needed.

“People will only pay for advice if there is genuine financial complexity, something they can’t handle themselves,” he said.

“There has to be a need for the advice in the first place.

“We charge for the service, but it’s based on the value we deliver. It’s a very transparent discussion with our customers.”

Mr MacMillan said the service delivered depended on the needs of each customer and often changed over time.

“We don’t take it for granted that our fees will continue every year,” he said.

“For a lot of clients, especially retirees, we do a lot of work in the first 12 months and in the second year our fees might halve or not be there at all.

“People don’t expect that when we tell them we will charge less in the second year.

“On the flipside, business owners and professional people, they often take on more and more complexity each year, so we will deliver more services and the fees will increase.”

The fact TWD does not levy charges based on the volume of funds under management is a big departure from the norm.

“I’m often asked how much funds under management our business has,” Mr MacMillan said.

“As if that should even matter, it makes no difference to us.

“It doesn’t matter if you have $1 million or $5 million, the fees are the same.

“They are based on the value of the strategic advice and the investment advice.”

“It took me a couple of weeks just to do the original submission,” he said.

That was followed by a phone interview that led to TWD going onto a short list of 10 firms.

The next step was a benchmarking exercise that took 60 hours.

The AFA judges sent a 25-minute survey form to every one of TWD’s 280 clients.

After the short list was whittled down to five firms, two judges conducted a full-day site visit.

“They want to see the whites of your eyes and ask more questions,” Mr MacMillan said.

“They meet the team, go through the files, look at the complaints register.”

The final three firms presented to the judges in Sydney, after which a winner was selected.

“It was an enormous exercise,” Mr MacMillan said.