Land developers are predicting further pain as finance changes put a damper on the industry. 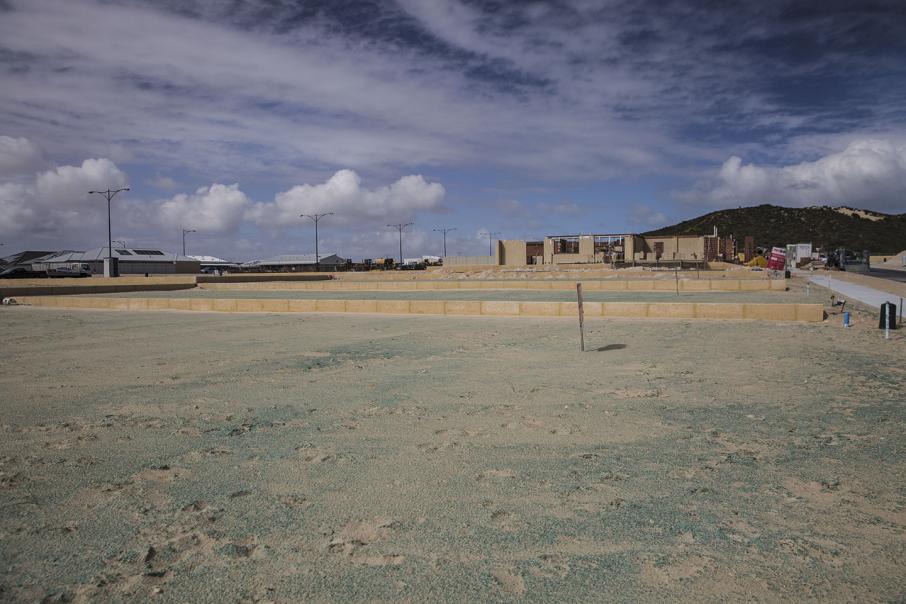 Land developers are predicting further pain as finance changes put a damper on the industry.

Homebuyers’ access to finance has become the latest challenge for Western Australia’s residential land developers, which are already reeling from the toughest sales conditions in recent memory.

Demand for residential land has been steadily waning since 2013, with the Urban Development Institute of Australia’s latest analysis showing vacant lot sales across the metropolitan region have fallen by 47.5 per cent from the peak of the market.

That’s resulted in land supply reaching its highest level since the UDIA began surveying the sector in 2002, with 2,989 lots available to buy across Perth at the end of June. 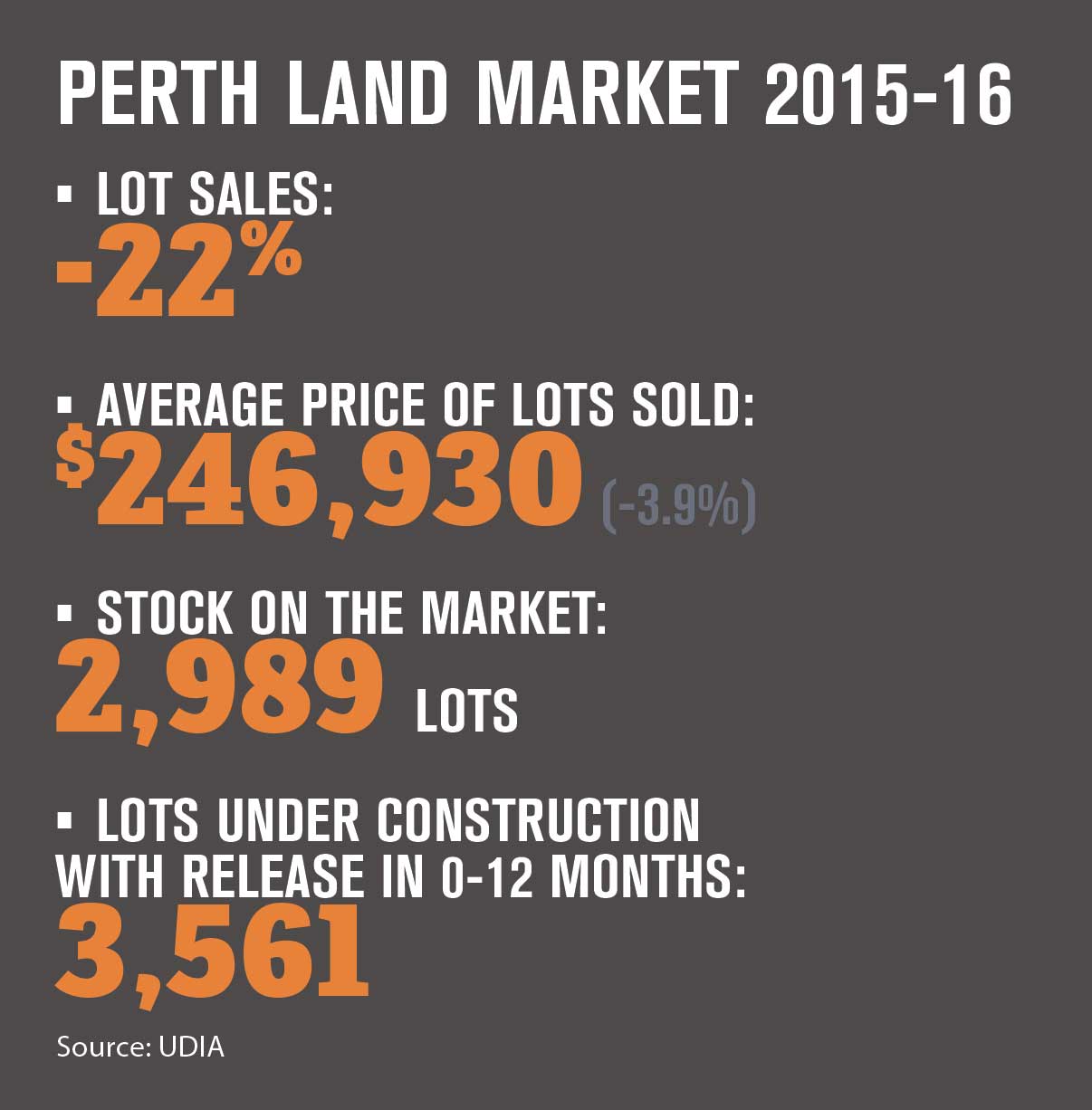 At the same time developers have caught up with, and in most areas exceeded, demand, population growth has steadily declined, with 1.2 per cent fewer people shifting to WA during the past 12 months compared with the previous year.

However, stalling population growth is not the biggest issue for developers, according to PRM Property Group managing director Brendan Acott.

Mr Acott said recent changes to banks’ lending criteria, put in place by the Australian Prudential Regulation Authority in response to overheating property markets in other states, was creating bigger headaches in the industry.

He said the stricter criteria had resulted in finance fallover rates blowing out to 30 per cent across the board.

“That’s one in three sales falling over because a buyer can’t get finance,” Mr Acott told Business News.

“A lot of that has to do with banks changing their lending policies off the back of what’s happening in Sydney and Melbourne.

“They’re tightening their lending regime and that’s making it harder for borrowers to get access to debt.”

“The issue there is, when the market was running hot, rental vacancies were at 1.5 per cent, rents were $500 per week median rent,” he said.

“That’s now falling away, the vacancy rate is 6 per cent and median rents are $380/week.

“From an investor perspective, it’s difficult to get confidence in buying residential product to rent out because there is risk around vacancy, and rents have fallen.”

Mr Acott, who predicted further price reductions of around 5 per cent before the end of 2016, said the fact that developers had re-cut subdivisions to comprise smaller lots at the peak of the market in 2013-14 had also contributed to the tough conditions.

“Now that product’s coming to market at a time when the borrower profile for that product has disappeared,” he said.

“The target audience that most of the subdivisions were cut to can’t get finance.

“So there is quite a significant amount of product, between 225sqm and 300sqm, that’s in the market today at a price point that traditionally would have transacted quite frequently; but the issue now is that those potential buyers are being impacted by a tougher financial regime.”

Satterley Property Group managing director Nigel Satterley said changes to the state government’s low-income earner home loan scheme, Keystart, ahead of a privatisation of nearly half of the Keystart loan book, was also having a significant impact.

Mr Satterley said he met with Premier Colin Barnett earlier this year to air his concerns over stricter lending criteria for Keystart applicants.

“They changed the criteria because they are reconstructing the book, and by changing the lending criteria it’s knocked quite a few people out of the market,” Mr Satterley told Business News.

“The other problem is that Bankwest, who are a fantastic lender, offering loans at 5 per cent deposits, with all the regulators changing the conditions, they had to change their lending criteria like Keystart.

“So you’ve got your two best lenders in the first home buying market with revised lending conditions, and that’s made things very difficult.

“With slowing population growth and rising unemployment, this is a serious issue.”

“It’s the toughest and most competitive since 1980, when they began taking reasonably accurate measures of the market,” he said.

“The sales volumes and the competition are far tougher than during the GFC.”

Mr Satterley said he expected difficult market conditions to continue for at least the next two to three years.

But he warned that developers would not be the only ones to feel the pain, with residential builders also under pressure.

Mr Satterley’s forecast for the residential building sector was exceedingly bleak, predicting the number of dwelling starts for the 2016-17 financial year to come in at around 12,000.

That is much lower than the state government’s Housing Industry Forecasting Group, which predicted in May there would be about 23,000 starts this financial year – a big drop from all-time highs of activity in 2014-15, when 31,194 houses were started.

“Builders are getting through the jobs very quickly and efficiently and their pipelines have shrunk,” Mr Satterley said.

“In WA, a high percentage of approvals never get built.

“What we’re seeing, the builders that haven’t got sharp prices are struggling for sales. If you haven’t got a good value offering, you’re shot.”

However, Mr Satterley said there was one clear winner from the increased competition – first homebuyers.

“First homebuyers get a $10,000 grant, a very competitively-priced block of land and a super-competitive house price,” he said.

“Between the builder and the developer they are most probably getting genuine incentives totalling $15,000.

“So with the grant, they are getting $25,000 tax free as a gift, and at the same time getting great value for money.

“It’s a great time to be looking and buying and building.”