Another head has rolled in the corporate watchdog’s investigation into Victoria Park-based car financing business Get Approved Finance, with Grant Parker permanently banned from the industry. 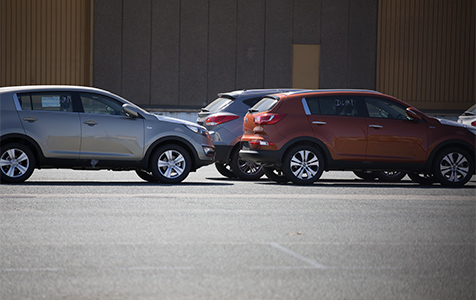 Five car finance brokers employed by Get Approved Finance have been banned by the corporate watchdog.

Another head has rolled in the corporate watchdog’s investigation into Victoria Park-based car financing business Get Approved Finance, with Grant Parker permanently banned from the industry.

Mr Parker is the fifth Get Approved broker to be banned by the Australian Securities and Investments Commission since July last year.

Along with former colleagues Eric Pryor, Lachlan McDonald, Julie Vanzyl and Rana Hepi, Mr Parker was found to have misled clients with poor credit histories into believing they would be approved for vehicle finance if their loan applications were supported by guarantors.

“Mr Parker then dishonestly prepared loan application solely in the names of the proposed guarantors without those persons’ knowledge or consent,” Asic said in a statement.

“Asic also found that Mr Parker facilitated the issuing of financial products in his clients’ name and inflated loan amounts by selling and financing insurance and warranty products without his clients’ knowledge or consent.”

Mr Parker, Mr Pryor, Mr McDonald and Mrs Vanzyl were all permanently banned from engaging in credit activities and providing financial services, while Ms Hepi was banned for eight years.

“Asic will not hesitate to permanently remove those who engage in misleading conduct from the industry,” Mr Kell said.

In October, ANZ Banking Group subsidiary Esanda, which is Get Approved’s credit provider, agreed to compensate over 70 borrowers who took out car loans worth more than $1.38 million through Get Approved between 2011 and 2014.

Asic’s investigation into Get Approved and Esanda remains ongoing.

Get Approved was the trading name of Jeremy (WA) Pty Ltd, which has been directed by prominent car salesman John Hughes since last year.

There is no evidence to suggest John or Jeremy Hughes were involved or aware of the misconduct by brokers employed by Get Approved.