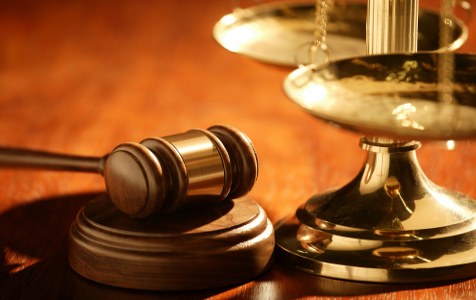 The top of Perth’s legal world has shrunk slightly as the 10 biggest law firms recorded a combined net loss at partnership level following a three-year binge of global mergers focused heavily on the Perth market.

Although 16 new partners have been appointed across the leading echelon, overall they collectively lost 17, leaving them one down on 2012 at 195.

In contrast, the leading six accounting firms boosted partner numbers from 2012 by a net 19 to hit 235.

The recent pullback in activity in the legal sphere suggests that a period of consolidation is under way in Western Australia after three years of significant international merger activity across most firms.

Corrs Chambers Westgarth Perth partner-in-charge Nicholas Ellery said the past year had been a tough one across the market, with Western Australia suffering less than the eastern states.

While Corrs partner numbers remained unchanged at 16, Mr Ellery said it had avoided redundancies and pay freezes that had occurred at other firms.

He said the recent merger and associated activity must be having an impact.

“I would anticipate a lot of international firms in mergers and alliances and various other structures are coming to terms with all that,” Mr Ellery said.

Furthermore, he said clients had been very cautious with regard to their legal spending, with some building in-house expertise at the expense of using external lawyers.

Allens Linklaters and King & Wood Mallesons both added a net gain of one partner to their ranks, while Ashurst Australia, Herbert Smith Freehills, and Norton Rose Fulbright each recorded a net loss of one.

Herbert Smith Freehills led the way in total number of appointments, however, naming three of the 16 new partners across the top 10 for the year.

Lawyers experienced in dealing with clients in the resources sector appear to remain in demand.

Allens Linklaters appointed Mark McAleer as partner. An energy and resources specialist, Mr McAleer has advised Rio Tinto on a raft of transactions and sits on the state committee of the Australian Mining and Petroleum Law Association.

Herbert Smith Freehills added Rowen Cross, who has advised lenders and borrowers on mining projects in Papua New Guinea, Mongolia and Mali, to its partner list.

While all but four of the new partners across the top 10 firms this year were promoted from within, two of the four external appointments came directly from advisory roles in oil and gas.

Environment specialist Charmian Barton joined Norton Rose Fulbright as a partner after a stint as a consultant and previously as a partner at DLA Piper, while Squire Sanders poached Minter Ellison’s Darwin-based partner Cris Cureton in its sole Perth-based appointment for the year.

Two new partners have joined the Perth office of the newly formed Norton Rose Fulbright, the result of a merger between UK-based Norton Rose and Houston-based Fulbright & Jaworski.