Fewer choosing to move to WA

The slowing of Western Australia’s population growth as forecast in this year’s state budget appears to be well under way, particularly in response to the tapering off of resources construction activity. 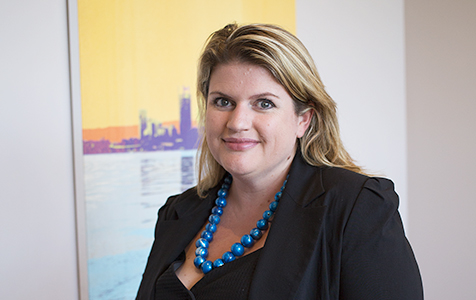 The slowing of Western Australia’s population growth as forecast in this year’s state budget appears to be well under way, particularly in response to the tapering off of resources construction activity.

The government forecast that population growth would fall back to 2.2 per cent this financial year.

Those at the coalface of the people-moving business, and in the housing sector, have seen the trend develop during the past year or so.

Removalist Allied Pickfords has recorded a 40 per cent drop in demand for moving people to WA during the past year, while the Urban Development Institute of Australia WA is following developments closely.

Ms Goostrey cautioned that a slowdown in population growth did not mean a slump in the property industry, however.

“Many developers have been struggling to keep up with demand this year so a soft easing of migration may give us the breathing space required to avoid the shortages experienced last decade,” Ms Goostrey said.

A smaller amount of job advertisements and applications for 457 visas, especially in the mining and construction sectors, have contributed to fewer people moving to WA.

“There were 63 per cent fewer applications for the 457 visa in Western Australia over the September quarter compared to 12 months earlier. Applications for the mining and construction sectors declined 64 and 61 per cent, respectively,” Ms Goostrey said.

Removalists Grace and Allied Pickfords said they had noticed a significant reduction in demand for people moving to WA, and a small increase in demand from people looking to move interstate and overseas.

Grace regional manager WA James Noakes said reduced demand from clients in the mining sector and related industries had contributed to the shift.

“There are not as many people moving to WA. This year, back end of last year it started to slow down,” Mr Noakes said.

Allied Pickfords Perth branch manager Tony Donellan said there had been a 40 per cent drop in the number of people moving to WA compared with last year, and that the downturn had started in September 2012.

Mr Donellan said the volume of work related to sending possessions overseas had increased by 15 per cent, a shift he attributed to British and other expats returning home.

“What it is, basically, is the 457 market isn’t as dominant as it used to be,” Mr Donellan told Business News.

Aussie Orientation Services managing director Sue Pember, whose business helps companies relocate workers to WA from overseas and interstate, said she had noticed a shift in demand at the start of this year.

Mrs Pember, whose business is split between relocating mostly 457 visa holders and some interstate workers, said the slowdown in mining and construction had caused a drop-off of people moving to WA and a change in the types of jobs being recruited for.

While she’s had more companies approach her to become clients, the number of people they are seeking to move has dropped.

“We’re doing half the numbers that we were doing last year of people coming in,” Mrs Pember said.

With her clients mostly in the resources sector, she said the other major shift had been in the roles for which companies were relocating people.

The anecdotal evidence of a slowdown in population growth coincides with the latest ABS long-term population projections, which predict that at a medium rate of growth WA’s population will almost double in size – from 2.4 million recorded last year to an estimated 4.7 million by 2040.

ABS’s population projections are guided by recent population trends and include scenarios, which incorporate slower and faster rates of population growth.