To most people it seems inconceivable that a bank would pay its customers to borrow money, but that scenario was played out, albeit briefly, in Denmark last year, when homebuyers were on the winning side of negative interest rates. 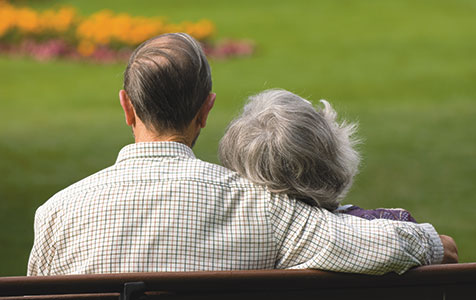 To most people it seems inconceivable that a bank would pay its customers to borrow money, but that scenario was played out, albeit briefly, in Denmark last year, when homebuyers were on the winning side of negative interest rates.

Before celebrating such a bizarre twist in the way the financial system works, however, consider the flipside of someone trying to live off their savings only to find that there are no regular interest payments, but rather a cost for having been careful with your money.

Negative interest rates are such a novelty, and so difficult to understand, that everyone has a different opinion as to what they mean and whether they are good or bad.

Unfortunately, the only way we’re going to find out is to let this remarkable experiment in financial engineering run its course; and while it might work and the global economy might start to grow faster, there is also a risk that we could plunge off a cliff.

Australia, for now, is not caught up in the rush to lower interest rates into negative territory, which is one of the reasons why the dollar has risen sharply in recent days to be trading at more than US74 cents, a level not seen since the middle of last year.

In time, however, Australia will get sucked into the world of negative interest rates as local banks are forced to pay a fee on international bonds, which are part of their essential liquidity ratios.

If, for example, a local bank (or even the Reserve Bank of Australia) decides that it should have greater exposure to Japanese, Swiss or German government bonds because they are the safest in the world, it will be at a cost because those countries have all gone negative.

It can be argued that the higher exchange rate on the Australian dollar is already acting as a drag on the local economy because of the effect it is having on the competitive position of exporters such as Western Australia’s iron ore miners, which are happy for the price of iron ore to rise in recent days to $US53 a tonne, but concerned that on conversion the Australian dollar price is falling.

Exchange rates on other currencies are also moving quickly, as negative rates become a tool in what could be the next act in a currency war that pits country against country in a competition to boost exports.

Perhaps the biggest problem with negative interest rates, which are now being ‘offered’ in 20 countries and affect more than $US10 trillion on deposit, is that no-one has a clue as to whether they will stimulate growth or destroy the banking and insurance system as we know it.

Concern about the risk of negative rates hit a high point over the weekend when the Bank for International Settlements (the Swiss-based central bank for central banks) published a report questioning the trend.

Key parts of the bank’s research paper included an observation that no-one understood how individuals or financial institutions would react if rates stayed negative for a long time.

On commercial banks, which are at the cutting edge of the negative interest rate world, the Bank for International Settlements said: “The viability of bank’s business model as financial intermediaries may be brought into question.”

Decoded, that’s saying banks as we know them could face widespread financial stress and possible collapse because savers will not leave their money in a negative account for long, and the concept of a bank paying people to take out a mortgage is absurd.

The theory behind negative interest rates is that government authorities believe that if commercial banks are forced to pay a fee on deposits with a central bank, they are more likely to lend the money to a conventional borrower such as a business or homebuyer at a positive interest rate.

But if negative rates do not lead to an increase in commercial bank lending, then the whole negative interest rate experiment will fail.

Trying to understand the effects of negative interest rates is stretching some of the best brains in business, due to the fact it is unlike anything that has ever happened before.

Because putting money in the bank makes no sense at a time of negative rates, people with money are likely to keep their cash, potentially leading to an increased demand for safety deposit boxes; or they will acquire unconventional assets such as gold, which has enjoyed its strongest rise in years.

Retirees face the biggest risk in countries with negative rates because a traditional source of their income – bank deposits or government bonds – has become a cost rather than a source of recurrent income.

Banks will be unable to generate profits on loans and insurance companies unable to earn income on the cash they have to retain to meet claims, leading to an inevitable increase in insurance premiums.

At a personal level it will make sense to pay your bills as early as possible because holding cash is a cost, while the lure of super-low interest rates, which banks will be able to offer in the future given that they’re not paying interest on deposits, will create perfect conditions for borrowers to take on more debt than is sensible.

Perhaps the most worrying aspect about negative rates is that no-one knows what they really mean or how long they can last; and that includes the people who really ought to know – the research analysts at the Bank for International Settlements.