Festival gets acts together 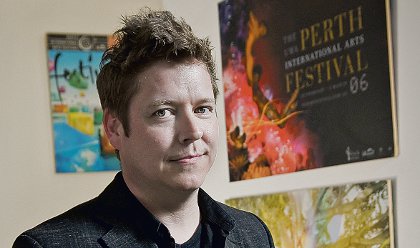 SHOWTIME: Jonathan Holloway has arranged a wealth of talent for the 2012 festival. Photo: Grant Currall

PERTH International Arts Festival director Jonathan Holloway has announced the first round of highlights in the 2012 PIAF program, with two Australian exclusives among them.

The full program for the 2012 event, to be released on November 2, will outline the 200 events appearing over the three weeks the festival runs from February to March.

Mr Holloway said the preview highlights included six of the world’s most talented companies and individuals.

“They are at the top of their game and are just a small part of the 2012 festival line up to be announced,” he said.

The first Australian exclusive is France’s Place des Anges from Les Studios de Cirque de Marseille, which has been “creating unforgettable aerial spectacles around the globe for a decade”, according to PIAF; its performance will feature angels landing on St Georges Terrace and Council House.

Another exclusive to the 60th Perth festival is director Peter Brook’s take on Mozart’s opera The Magic Flute.

Canadian singer songwriter Bon Iver is another announced act and will play the Red Hill Auditorium, which has John Forrest National Park as its backdrop.

The National Theatre of Scotland in association with Frantic Assembly is another to feature at the 2012 festival, along with US choreographer Lucinda Childs’ reworked 1979 show, which combines music, dance and film.

The 2012 PIAF will mark 20 years of Lotterywest support for the festival.

“Lotterywest is proud to support many cultural organisations and activities around Western Australia. Through the support of the Perth International Arts Festival, Lotterywest contributes to creating a richer and more inclusive Western Australia for everyone to enjoy.”

Mr Holloway took the reins from Sheila Magadza at the beginning of the year, and came from his post as artistic director of the oldest festival (238 years) in the UK, The Norfolk & Norwich Festival.

He is acting on plans to develop the level of corporate funding for the festival and growing the calibre of its performances as well as educational and community based programs.

Earlier in the year, Rio Tinto recommitted as a major partner of the festival, doubling its contribution, which will be more than $1 million over the next four years.

The festival was recognised for its corporate partnerships at the Australia Business Arts Foundation awards recently, for its work with: Woodside, with an award for businesses partnering between businesses employing 200 or more people and arts organisations; Rio Tinto with an award for partnerships that enhance the life of communities; and Lion Nathan Australia for a partnership developed over a period of seven years or more.