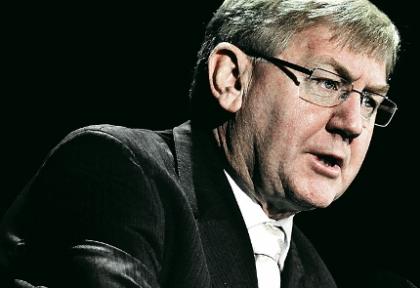 Federal resources and energy minister Martin Ferguson has stepped up Canberra’s criticism of state government policy, calling for regulatory changes in the WA energy market and privatisation of energy assets.

“It is crowding our private players who do not have the certainty that government policy won’t change and adversely affect them.”

Mr Ferguson said in light of the 57 per cent increase in electricity prices under the Barnett government “there is a clear argument for increased competition in the market”.

He believes the increased size of WA’s energy market, brought about by the mining boom, “makes it of a size that should allow competitive market forces to play out.”

The minister called for regulatory changes to support this goal.

“A first step towards greater competition could be the separation of energy rule making and market operating functions in the South West Interconnected System, as they are in the National Electricity Market.

“This would ensure a separation of powers that would see the market act in the long term interests of consumers.”

Currently, the state government’s Independent Market Operator performs both functions, as part of its wider role of running the wholesale electricity market.

Mr Ferguson did not say whether a new body should be established to perform the rule making function (as occurs nationally) or if this task should be undertaken by an existing agency, such as the Economic Regulation Authority or the Public Utilities Office.

Premier Colin Barnett responded to those comments by saying the regulatory failure lay the federal level.

He also claimed the federal Labor government was "trying to force privatisation" on state-owned utilities "because they can be regulated through corporation’s power”.

Mr Barnett said WA would always have a state-owned power generation utility because its electricity grid was isolated.

Business groups have said these comments have created uncertainty and discouraged private sector investment in the energy sector.

State energy minister Peter Collier said Mr Ferguson's comments were "further evidence that the Labor Party, both federally and at the state level should walk away from WA’s energy sector and never come back or pass any further comment".

“The comments of Federal Labor’s Resources and Energy Minister fail to recognise the enormous impact Labor’s Carbon Tax has imposed unnecessarily on industry, particularly in the energy sector.

“The Liberal-National Government is already a long way down the road of electricity reform and more announcements will be made in that space in the coming weeks.”

"With the private sector you do get better processes for control over capital expenditure and operating expenditure," Mr Sims told reporters in Sydney.

"They're also much more focused.

"The link that some people have between privatisation and price increases is partly manufactured by the way some entities have been privatised in the past - it doesn't have to follow."

Mr Sims said he has been worried about electricity prices for years.

"The good news is that we now have a focus on electricity prices," he said.

"Personally I've been concerned about it for a number of years because it is driving the cost-of-living debate.

However, Mr Sims said he wouldn't get into the debate about what the federal and state governments are proposing to reduce prices.

"The electricity market is an invention of the states and the Commonwealth, they'll work together," Mr Sims said.

"There is quite a lot going on already in terms of reviews of rules, reviews of the standards."