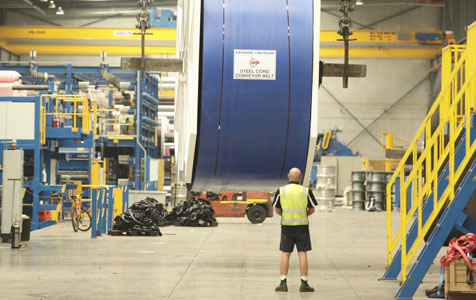 Steel cord belting packed and ready for dispatch from the Kwinana plant.

The expansion will mean the plant will have doubled its capacity since it was officially opened by Prime Minister Julia Gillard in 2009.

“We are taking on staff for the new plant in Perth and also looking to fill an even larger number of sales and field services vacancies for installation and maintenance, mostly in Western Australia,” Mr Landgren said.

Mr Landgren said the plant, which cost $75 million to establish in 2009, had a production capacity of 450,000 lineal metres of conveyer belts annually.

“Yes we could have built this facility in China or India,” Mr Landgren said. “Others have done that. But our decision to manufacture in Australia was based on our commitment to quality and the total cost of the belts to our customers.”