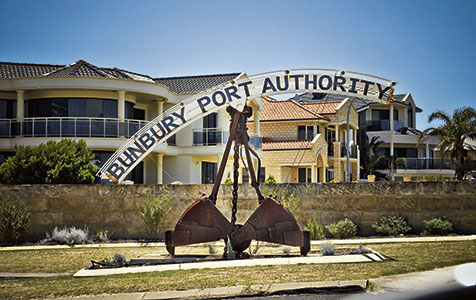 The facility will create room for road trains to be assembled and disassembled along the Perth to Bunbury heavy vehicle network rather than having to travel to private distribution centres.

The assembly area will include 20 road train assembly bays, parking, lighting and fencing, as well as a new intersection and access road.

Infrastructure and Regional Development Assistant Minister Jamie Briggs said the new assembly area would open up the Perth to Bunbury road network to heavy vehicles of up to 36.5 metres in size.

"The new road train assembly area will allow for formal consideration of the proposal to extend the network to all heavy vehicles along the length of the Perth to Bunbury route," he said.

"This is another example of the Australian government working with the states to drive down project costs and build more for less more quickly."

Mr Briggs said the project would be funded from savings generated by the federal government's investment in the Bunbury Port Access Road and Outer Ring Road projects.

The federal government has spent up to $126.7 million on the two projects, with the state government chipping in $32 million.

Construction of the new assembly area is expected to start later this month and be completed by mid-year.