Business confidence is on the up in Western Australia in the wake of the federal election, according to new research. 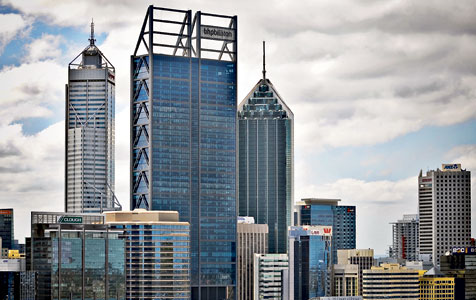 Business confidence is on the up in Western Australia in the wake of the federal election, according to new research.

Deloitte's WA Index, which tracks the market capitalisation of WA-listed companies, rose by 2 per cent during September to close at $145.7 billion.

This marks the third consecutive month of gains for the index following what was described as a "sombre" end to the financial year in June.

Meanwhile, Allianz’s most recent bi-monthly Future Optimism Index, based on surveys by polling firm Newspoll, revealed WA respondents were the most optimistic in the nation in their assessments of the economy.

"Business and investor confidence has improved during the month, largely due to the expectation that the new federal government will reduce the regulatory burden faced by companies in their day-to-day operations," Deloitte lead audit partner Tim Richards said.

"The Western Australian economy still has challenges to overcome, as resources companies continue their efforts to reduce costs, rein-in spending on large projects, and transition from a construction boom to a production boom."

Atrum Coal was the biggest mover and shaker in September on the Deloitte WA Index, recording a 59 per cent increase in market capitalisation to jump from 69th to 49th on the list of 100 WA companies on the back of strong results at a scoping study for its Groundhog Anthracite project in Canada.

Small and medium-sized businesses in WA also appear to be more confident than their eastern states counterparts.

The latest quarterly Sensis Business Index reveals confidence amongst SMEs in WA is 9 percentage points above the national average at 26 per cent.

Local small businesses were less optimistic that the national economy would improve over the next 12 months, however.