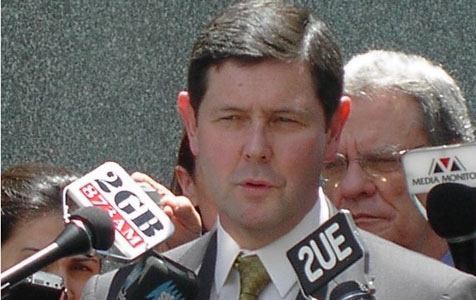 Social Services Minister Kevin Andrews has rejected a public plea from the not-for-profit sector to back down on plans to axe the Australian Charities and Not for Profit Commission.

Mr Andrews yesterday introduced a Bill to abolish the national charity regulator, which was created to reduce red tape and increase transparency in the sector.

The Bill states that repealing the commission will reduce regulation the government considers unnecessary, despite arguments to the contrary from the sector itself.

The Community Council for Australia submitted an open letter to Prime Minister Tony Abbott pleading with him to stop the introduction of a bill abolishing the ACNC.

It stated that it valued the work of the commission and wanted it to continue.

“The ACNC has done what few new regulators achieve – gained widespread support across the sector it is regulating,” the letter reads.

“In little over one year of operation, the ACNC has built a strong positive reputation by establishing the first public national register of charities, registering more than 2,600 new charities, responding to over 70,000 requests for information from charities and the broader community, investigating and resolving over 200 complaints against charities, and monitoring the extent of red tape and level of public trust and confidence in our charities.”

But Mr Andrews has rejected that claim and forged ahead with plans to repeal the legislation that established the ACNC.

He said the 54 people who had signed the open letter was not representative of the sector and, therefore, could not speak on its behalf.

“I have had ongoing consultations with major stakeholders and have heard overwhelming evidence that the ACNC needs to go,” Mr Andrews said.

“The coalition government made an election commitment to abolish the ACNC and that is what we will do.”

Other not for profits have supported the minister's move - such as Community Employers WA which says regulatory burdens have increased since the introduction of the ACNC and the requirement for annual information statements.

While he considered abolishing the ACNC a good move, executive director John Bouffler said it was important for the government to come up with a suitable alternative to replace it.

The Bill introduced yesterday states the ACNC will be abolished once a second bill is formulated detailing a new regulatory body to take its place.

Options that may be considered include a variation of the Charity Navigator model in the US, which creates league tables of organisations in the not-for-profit sector, to be called a 'Centre of Excellence'.

"What sounds interesting at a conceptual level, is yet to be fleshed out in terms of how it will work, what it means and who will run it," Mr Bouffler said.

"This will require effective and meaningful consultation with the sector, and we would encourage the Federal Government to adopt a similar partnership approach to that in place with the WA State Government and the WA Community Services sector."