During her first speech, a newly elected independent MP has urged parliament to be more collaborative and open to trying new approaches. 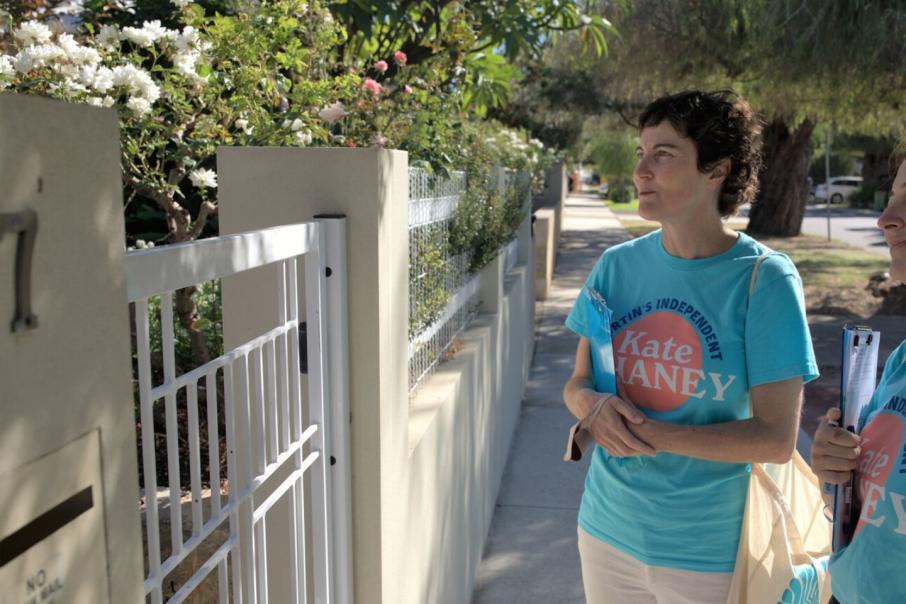 The success of the 47th parliament will rely on nuanced thought, collaboration and an end to "gladiatorial" politics, newly elected MP Kate Chaney says.

The West Australian independent member comes from a generation of Liberal Party stalwarts.

Across the past four generations, five of her relatives have served in state and federal parliament.

Despite her family history, Ms Chaney said she had never felt a pull towards either political party and instead had been "stranded in the middle".

Her seat of Curtin was held by the Liberals for almost the entirety of its existence until her historic election on May 21.

During her first speech to parliament on Thursday, Ms Chaney said she and other community-backed independents had overcome an uneven playing field.

"Democracy is messy and imperfect," she said.

"But it gives me hope that communities can successfully put up their own candidate in the face of the historically dominant two-party system."

A career in law, management and community services taught her there is always room to improve a solution after consultation, and that there is no one right way of thinking, Ms Chaney said.

"Politicians must be able to change their minds when new evidence arises without being accused of flip-flopping, to give credit where it's due without being considered weak, and to try new approaches that sometimes fail," she said.

"We can't be paralysed into inaction by fear of unpopularity or criticism."

Ms Chaney acknowledged her privilege and the advantages that come with having a stable, supportive family and many opportunities.

"I know that good fortune is not merit, but I can use what I have to work for change," she said.

Action on climate change, reforming Australia's refugee policy, improving the treatment of women and restoring integrity to federal politics will be her priorities.

"We need to take the best ideas from wherever they come and treat our parliament as a policy workshop, not a gladiatorial battleground," Ms Chaney said.