Farm sector goes against the grain

Consumer driven demand for grain-based products is good news for the farm sector. 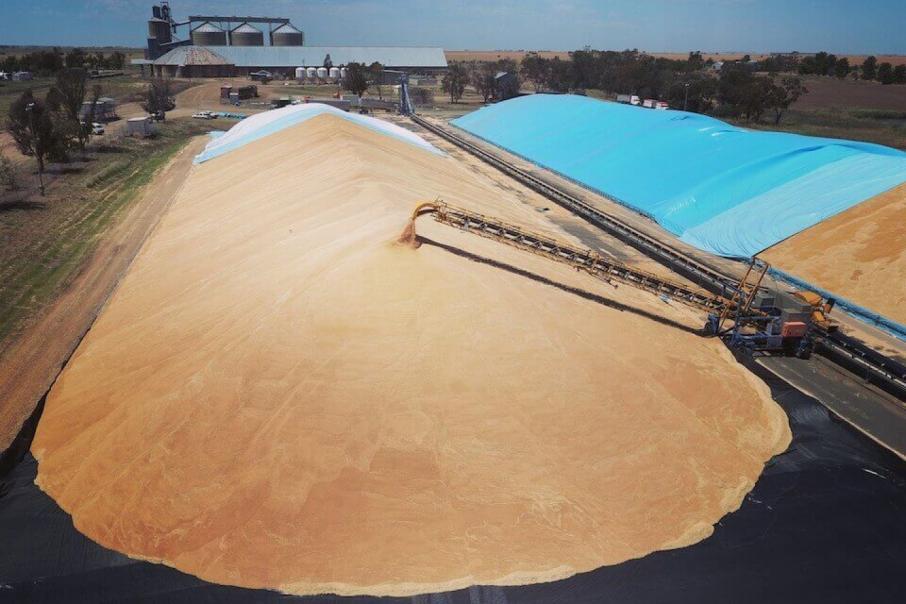 The outlook for GrainCorp is mirrored in that of WA-based CBH. Photo: GrainCorp

Consumer driven demand for grain-based products is good news for the farm sector.

Finding a convincing ‘buy’ tip from a stockbroker during the global health and economic emergency triggered by COVID-19 is not easy, but if you look hard enough there are green shoots to be found, and some really are popping up out of the ground.

Graincorp, one of Australia’s biggest grain dealers, is on the ‘buy’ list of Melbourne-based broker Bell Potter Securities, because it is heavily involved in food, which is one of the few things people need all the time.

Though Graincorp is primarily focused on the eastern states grain sector, the outlook for the Sydney-based company is effectively a mirror image of Western Australia’s unlisted grain leader, CBH Group.

Winter rain will be the ultimate factor in the financial performance of Graincorp and CBH but with long-range forecasts pointing to a good growing season, both grain handlers and the farmers they service could emerge as winners in what’s likely to be a bleak year almost everywhere else.

What’s driving the grains sector, along with most other food industries, is a rush by households around the world to stock up ahead of lockdowns.

Evidence of the strong demand for food can be seen in two places: supermarket shelves devoid of pasta, flour for bread-making, and other grain-based products; and on international grain exchanges such as CME Group, the old Chicago Board Trade.

While prices for wheat have been volatile over the past month (thanks to rising demand and problems with supply as truck movements are restricted in most grain-producing countries) the trend has been up, with wheat rising on the CME market from $US4.98 a bushel in mid-March to latest quotes at $US5.51/bushel.

That 10 per cent rise in the US wheat price flows into grain prices around the world, with grain marketer AWB, in one of its latest reports, describing how the wheat market had “exploded into action”. An early rush on wheat markets has slowed but the upward trend sets wheat and other grains apart from almost every other commodity.

Bell Potter’s view of Graincorp, which has recently demerged its malting business, is for a share price of around 15 per cent over the next 12 months, from $3.16 to $3.65.

But that latest price tip, and ‘buy’ recommendation, is a significant increase on Bell Potter’s last price forecast for Graincorp of $3.15, a level exceeded in early April as investors rediscovered the appeal of Australian agriculture.

In time, and this is getting well ahead of the curve, higher grain prices will flow into rural communities and property prices, which could produce an interesting reversal of the past 50 years as country property prices have collapsed relative to cities.

Other encouraging signs of life after COVID-19 can be found if you’re prepared to look past the daily grind of self-isolation and social distancing, with a useful guide to the future being the return of the Chinese consumer.

China was first into the economy-crushing process of widespread lockdowns and it is China that is emerging first out, with reasonably pleasing results that should encourage Australian business.

Business consultancy McKinsey & Company took the pulse of the Chinese consumer in two surveys of 2,500 people during the past two months.

The first survey was held between February 21 and 24, arguably the peak of the Chinese COVID-19 outbreak.

The second survey was between March 20 and 23, as the signs of recovery were developing. McKinsey found a gradual regaining of consumer confidence, suggesting that a majority of people will resume spending, and at a higher level in some categories.

The recovery will not be a one-way traffic, with between 20 per cent and 30 per cent of people surveyed saying they would continue to be cautious.

It’s in the expected buying habits of the other 60 to 70 per cent where the good news can be found, especially in the 10 per cent who said they would be consuming a lot more (in what could be a reaction to deferred demand).

Another trend observed in the Chinese survey is that the forced shift into internet shopping is unlikely to be reversed; once a habit is developed it’s hard to shake.

“Following significant momentum in e-commerce over recent years, Chinese consumers are likely to be even more amenable to online shopping after the virus outbreak, especially for categories with strong online track records, such as skincare, makeup and personal care,” McKinsey said.

Not all consumer products will retain the stronger online sales enjoyed during the lockdown, with fresh food likely to revert to traditional shopping methods.

“A transition to online could accelerate, but the spike in demand seen at the peak of the outbreak is unlikely to be sustained,” McKinsey said.

It’s not all good news, obviously, with a number of industries facing a tricky few months as consumers go into hiding and prices for a large number of commodities produced in WA continue to weaken.

A 13 per cent fall in the alumina price in recent weeks to $US265 a tonne is seen by analysts at Credit Suisse as the start of a slide that could take alumina back down to its 2016 low of $US197/t. “Alumina cannot be easily stored …. so supply cuts take place by refinery closures,” the bank said.

Car dealers are already exposed to a brutal decline in vehicle demand, with the March sales data showing a 17.9 per cent fall in new vehicles sales compared with March last year – the 24th consecutive month of decline with no sign of a recovery. Hardest hit are luxury brands, which collapsed by 28 per cent last month compared with March last year.