Family affair not about keeping up with the Joneses 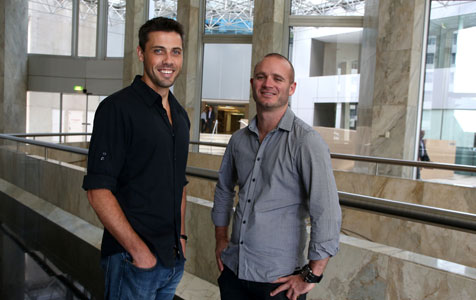 After four years advising Navitas founder Rod Jones as his biggest client, investment banker Jon Biesse is about to make the commitment full-time, stepping into the private world of business to run the education entrepreneur’s investment portfolio.

Apart from his $250 million stake in Navitas, a global provider of tertiary education which he founded and manages, Mr Jones has built up a considerable, but undisclosed, private investment portfolio that now requires full-time management to both ensure it is run efficiently and to free up his time to concentrate on Navitas.

Industry sources suggest that at least $50 million would be the starting point for justifying a full-time investment manager. At $100 million that would almost be a prerequisite.

About 10 such family offices are thought to exist in Perth, including that of the late Multiplex founder John Roberts, which recently recruited Hugh Currie as CIO.

Mr Biesse said the idea of establishing the full-time position came up over a recent casual discussion with Mr Jones about resolving pressure on his time.

“He wants to focus his energy on gaining maximum value from the significant opportunities available to Navitas and therefore won’t be able to give it (his private portfolio) the time it deserves,” Mr Biesse said.

“Rod has always done it himself. He has dividends coming in from Navitas, so it continues to grow. It deserves a dedicated resource.”

The chief investment officer’s role will be to set and execute an investment strategy for the family office.

Included in the role will be the establishment and management of a philanthropy strategy, which has been haphazard up to now.

“Rod said he had not had the time to apply himself or his capital to philanthropic activity,” Mr Biesse said.

Mr Jones’ three children are all likely to have a significant involvement in the family office’s affairs. His two sons, Scott and Shane, are directly involved in businesses linked to Mr Jones. Scott is employed as chief operating officer of SAE, a division of Navitas, and is on the board of Mark Bouris’ listed wealth management business, Yellow Brick Road.

Shane, an engineer, is involved in two private companies in which Mr Jones has been a significant investor. They are Merredin Energy, where he was project manager and remains a director, and Enerdrill, where he is chief commercial officer.

Mr Biesse starts the role next month and is expected to be based in Applecross, where Navitas is headquartered, although not immediately.

Mr Biesse said that as a result of the working relationship with Mr Jones, they had developed a mutual trust with regard to decision making and strategy.

“This role is just a natural extension of the relationship,” he said.

To date, Mr Jones’ investment strategy has been mainly themed around education and energy.

There is also some property development investment.

Mr Biesse studied environmental science before embarking on world travel and ending up working in the broad field of strategy, finance and M&A, initially in the telco sector in New Zealand and later at industrial and agricultural conglomerate Futuris Corp in Adelaide.