Electricity retailer Synergy hit an after-tax profit of $24.3 million in the year to June, an improvement of $36 million, aided by about $140 million of state government subsidies, while increased uptake of household solar continues to put pressure on revenue. 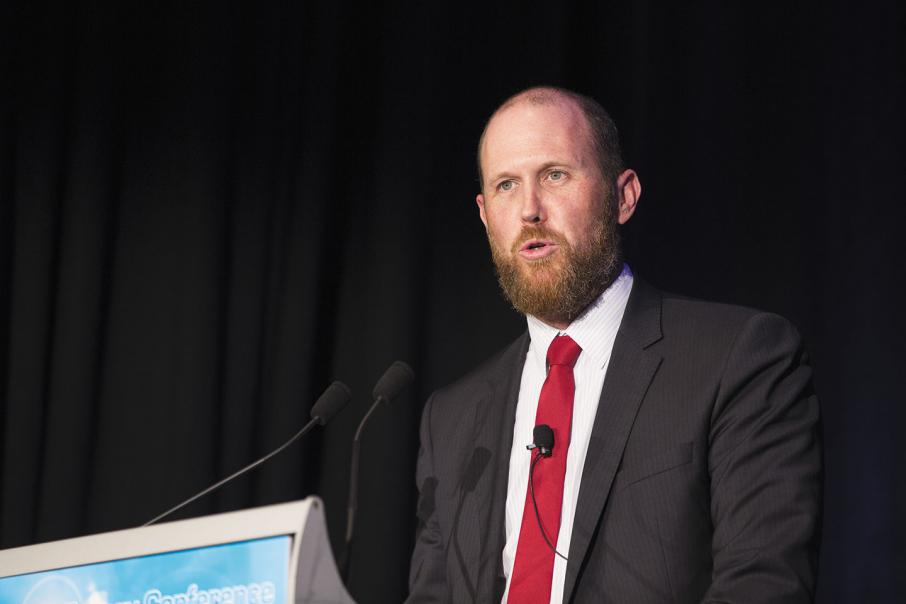 Jason Waters credits cost reduction as key to delivering an after tax profit as revenue fell.

Electricity retailer Synergy hit an after-tax profit of $24.3 million in the year to June, an improvement of $36 million, aided by about $140 million of state government subsidies.

However, it also noted that increased uptake of household solar continued to put pressure on revenue.

The operating subsidy, distributed through the tariff adjustment program, is half the level of the 2017 financial year, and dramatically lower than the $510 million recorded in the year to June 2014.

It is expected to fall again in the 2019 financial year, in accordance with Energy Minister Ben Wyatt’s ongoing plan to reduce the subsidy over time to be zero.

This policy has two competing impacts on Synergy’s revenue.

But the subsidy reduction is being covered by increases in power prices, which are due to become cost reflective as soon as the current financial year.

The outcome is that Synergy’s revenue mix is changing to be less reliant on subsidies and more reliant on power sales.

Illustrating this change, subsidies represented 4.7 per cent of Synergy’s revenue in the 2018 financial year, down from 9.2 per cent in the previous corresponding period.

A third consideration for Synergy is falling electricity sales, which were 5.9 per cent lower in 2018 at 12.6 gigawatt hours.

Adding all those variables together, total revenue was down 2.3 per cent in the year to June, to just more than $2.8 billion.

Chairman Robert Cole said the reduction in electricity sales was driven by the changing profile of generation in Western Australia, notably the rise of rooftop solar.

“It is estimated that rooftop solar is now supplying 7 per cent of total South West Interconnected System demand.

“This trend is forecast to continue as customers, facing rising electricity prices, look for cheaper alternatives.

“In addition, a significant amount of large-scale new renewable generating capacity will be added to the network over the coming years.

“This major growth in renewable generation, has profound consequences for the dispatch profile of our generation fleet and our cost of generation, as well as our revenue base.”

“The business was able to offset the reduction through a strong cost-control approach which saw expenditure in the areas of materials, services and wages fall by $44.4 million (8.6 per cent) from 2016-17,” Mr Waters said.

“Overall the business was able to outstrip a $70.1 million reduction in revenue with $50.7 million in reduced operating expenses and lower non-cash expenses of $80 million.”

On the project front, Mr Waters said the expansion of Greenough River solar farm was under cosntruction and planning for the Warradarge wind farm was in final stages.