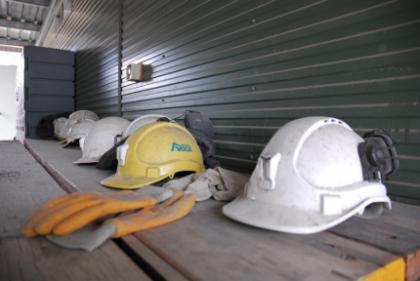 Fair Work Australia could be given greater powers to resolve mining industry pay disputes, and improve flexibility for carers, under changes proposed in a review of the Fair Work Act.

Labor seized on the report by an independent panel as evidence the system is working to deliver fairness, jobs and productivity but business groups remain unconvinced.

"As the peak business body in the state, CCI hears everyday from managers and small business owners about problems in a system that is complex, unwieldy to navigate and overly adversarial, and one which gets in the way the most important relationship between the employer and the employee," Mr Pearson said.

Resouce sector employer group AMMA was also critical, saying the review has completely missed the mark, with its recommendations proposing to have Fair Work Australia and the union movement even more heavily involved in the daily management of Australian businesses.

“The irony here is that the review’s report recommends Fair Work Australia gets more involved in business activities in order to boost productivity – all the while ignoring calls from business leaders and academics that the Fair Work Act itself is one of the barriers to restoring productivity," AMMA chief executive Steve Knott said.

Employer groups acknowledged there were some positive recommendations in the review, which was promised by Labor after it abolished the Work Choices regime.

In its report, released by Workplace Relations Minister Bill Shorten in Melbourne on Thursday, it made 53 recommendations for changes.

"In our view, the current laws are working well and the system of enterprise bargaining underpinned by the national employment standards and modern awards is delivering fairness to employers and employees," the report said.

One of the key changes recommended is allowing Fair Work Australia (FWA) greater power to step into disputes at greenfield sites such as new mining projects.

Under current law, unless a dispute is about a single enterprise agreement FWA can only deal with it with the agreement of all bargaining representatives.

The report rejected unions' bid for an expansion of the "allowable matters" for enterprise bargaining and strikes, as well as a proposal by business to extend individual flexibility agreements to four years.

But productivity growth had been "disappointing" over the past decade.

Mr Shorten said the first tranche of legislative amendments, but no "sweeping changes", could be introduced in the spring session of parliament, after consultation with industry and unions.

"I'm heartened that the core conclusion of the panel is that our Fair Work laws are working well and as intended," he told reporters.

However, the Greens have flagged concerns with the greenfield provisions and removal of holiday penalty rates in some states and territories.

The panel called for more flexible hours for workers who also cared for children, the aged and disabled, saying that while this would be a "minor" burden for business the benefits would outweigh any negatives.

Mr Shorten said the panel had noted that no one had advocated a return to Work Choices.

But he said the report put pressure on the opposition to reveal its industrial plans.

"Generalities ... cannot mask forever the lack of detail," he said.

Mr Abbott told reporters in Brisbane the review was not "fair dinkum" and should have been conducted by the Productivity Commission.

"They should start with strengthening the bargaining system, with powers for the independent umpire to step in where employers only pay lip service to the notion of collective bargaining," Ms Kearney said.

Australian Chamber of Commerce and Industry chief Peter Anderson said employers' hopes had been dashed that changes would be made to reduce labour costs and the damage caused by "speculative union activity and legal claims".

The government's response will be released later this year.