Failure to cut costs means government is waiting for business

ANALYSIS: Any improvement in the state’s budget position is entirely dependent on the corporate sector returning to full health. 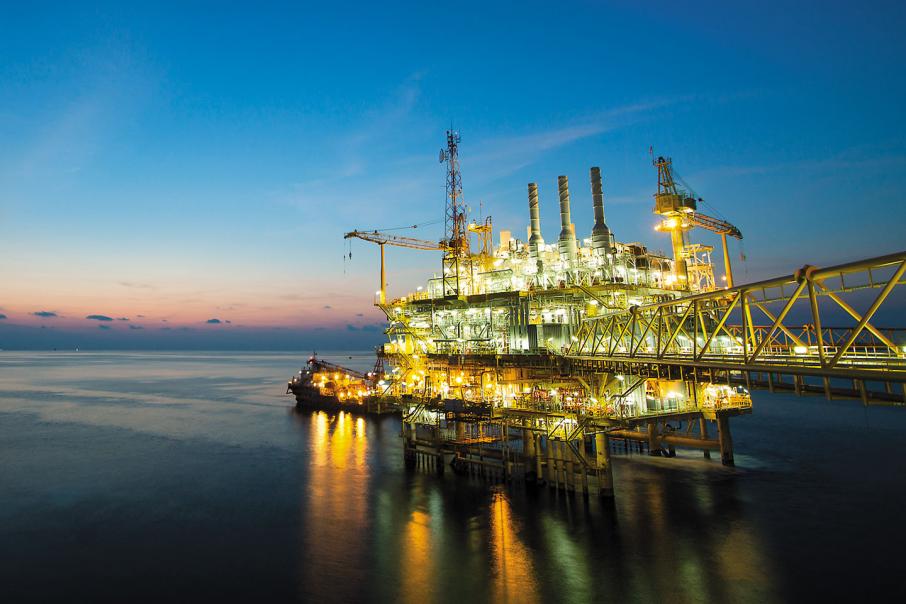 The oil and gas sector has bounced back after a tough period, with Woodside returning a full-year pre-tax profit of $US1.3 billion (up 276 per cent). Photo: Stockphoto

ANALYSIS: Any improvement in the state’s budget position is entirely dependent on the corporate sector returning to full health.

That observation may be too simplistic to fully explain the remarkable difference between what is happening at a business level in Western Australia and what’s happening at a government level, but it is a good starting point.

As demand for the state’s major exports of minerals, metals, and agricultural products has faltered over the past three years, the corporate sector has undertaken a massive cost reduction drive involving wholesale job losses, project deferrals and development cancellations.

That has not been the case for the government, where modest cuts have been made but precious few projects postponed (because governments want to be re-elected and there’s no surer way to be dumped out of office than to make life harder for voters).

Rather than cut costs and retrench civil servants, the WA government has done what households and companies cannot do, or only do as a last resort – borrow more and hope that future revenue will enable debt to be repaid.

The gap between what corporate WA has been doing and what government has not been doing is highlighted in an exclusive Business News survey of the latest profit results of the biggest ASX-listed businesses operating in WA and the parlous condition of the state budget.

At a government level, the annual budget deficit is running at close to $3 billion, net debt has ballooned out to $33 billion (and estimated to be heading for a once-unthinkable $41 billion), and the state’s AAA credit rating has been lost.

It is, no matter which side of politics is governing, an awful picture of a state in a financial crisis because of government mismanagement, caused largely by flat (or falling) tax revenue and an inability to cut costs because of the potential political damage.

Corporate WA does not have to be re-elected and that means the biggest companies in the state have a free hand when it comes to dismissing workers and deferring investment until demand and prices improve.

Big miners and oil producers are dusting off their project investment plans after the lean years, with new iron ore mines being developed, gold mines expanding and lithium becoming increasingly important. Even oil and gas companies, the hardest hit of the commodity producers, are showing signs of renewed interest in project investment.

A pointer to the better conditions ahead for business in WA was a report from the nickel and goldmining company Independence Group, which has encountered what can only be called a boom-time problem at its Nova nickel project east of Kalgoorlie – a shortage of skilled workers.

One of the primary contractors at the Nova project, the underground mining specialist Barminco, has had difficulty in recruiting workers, with the end result being that the decline (tunnel) being driven down to the orebody is 1.8 kilometres behind schedule.

However, the best way of comparing what’s happening at a corporate level with the dire conditions of the WA government’s budget is to consider two items exclusive to Business News:

• the BN30, a rolling measure of 30 ASX-listed companies that call WA home, and which represent a cross-section of the WA economy, has risen by 25 per cent over the past 12 months; and

• a survey of the top 20 ASX-listed businesses operating in WA shows 70 per cent reported an increase in profits in their latest full or half years to December 31, some by more than 100 per cent.

This new top-20 survey includes companies based in WA and national companies that generate a large proportion of their revenue and profits in the state, which means the two biggest miners –BHP Billiton and Rio Tinto – can be included alongside companies with a WA base and a high level of WA operations, such as Woodside Petroleum, Northern Star Resources, Navitas, Peet, Automotive Holdings Group and Seven Group Holdings (owner of the Westrac industrial equipment business).

A results of this analysis of full- and half-year profit results to December 31 shows that collective pre-tax profits, in a mix of currencies (Australian and US dollars), totalled $20.6 billion, up 62 per cent on the $12.7 billion of the previous corresponding periods.

The individual results of the 20 companies, most of which are in the top 200 by ASX market value, looks like this.

Diversified resources producer, half-year pre-tax profit up 346 per cent to $US5.9 billion, with Pilbara iron ore the major contributor.

Diversified miner, full-year underlying profit up 12 per cent to $US5.1 billion, with Pilbara iron ore the biggest profit contributor.

Diversified industrial company, half-year pre-tax profit up 15.1 per cent to $2.4 billion with the Coles and Bunnings retail divisions making a major contribution along with a surprise increase in profit from Queensland coal mining.

Oil and gas producer, full-year pre-tax profit up 276 per cent to $US1.3 billion.

Iron ore producer, underlying pre-tax profit for the half year up 103 per cent to $2.6 billion.

Gold miner, earnings before tax for the half year up 44 per cent to $783 million.

Diversified miner, underlying pre-tax profit for the half year up 390 per cent to $691 million.

Bauxite, alumina and aluminium producer, pre-tax profit for the full year down 60 per cent to $US393 million.

Titanium minerals miner, profit before tax down 48.7 per cent to $150.5 million.

Diversified industrial company, underlying pre-tax earnings for the half year up 5 per cent to $175.8 million.

Gold, nickel, copper and zinc miner, underlying pre-tax earnings for the half year up 20 per cent to $81.8 million.

Property owner, profit from ordinary activities in the half year down 68 per cent to $73.4 million.

Nickel miner, pre-tax earnings for the half year up 58 per cent to $29.4 million.

Property developer, pre-tax profit up 11 per cent for the half year to $28.5 million.

17) Mineral Resources, a diversified miner and mineral processor, pre-tax profit for the half year up 195 per cent to $203.4 million.

Education services provider, pre-tax profit for the half year down 7.5 per cent to $76.6 million.

Television broadcaster and newspaper publisher, pre-tax profit down 25 per cent to $170.8 million.

Because the companies surveyed are in different industries, have different reporting periods and adopt different methods of calculating profits, it is difficult to compare the latest reporting (half and full year) reporting season.

But the overall trend paints a picture of the business side of the WA economy being in the early stages of a healthy recovery, thanks to a combination of cost cutting during the difficult years and the first flush of increased revenue from a widespread commodity price recovery.

Whether corporate WA can continue to improve is largely dependent on international demand for the state’s exports, though the indications are positive thanks to the sharply lower operating costs for most businesses.

It is a very different picture for the WA government, which did not cut costs when it should have and now has to wait for increased tax revenue to flow from the recovering corporate sector.