The building industry watchdog is taking 23 workers to the Federal Court for allegedly unlawfully laying down the tools while working on a new waste treatment plant for the Water Corporation in February. 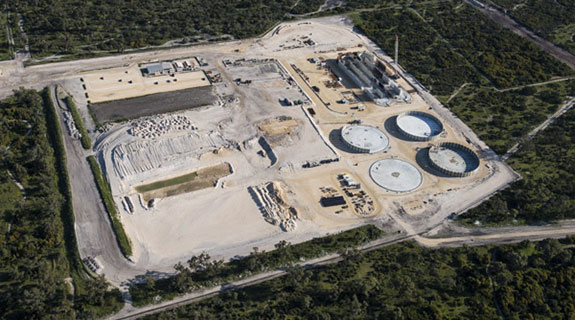 The building industry watchdog is taking 23 workers to the Federal Court for allegedly unlawfully laying down the tools while working on a new waste treatment plant for the Water Corporation in February.

At a first directions hearing at the Federal Court next month, Fair Work Building and Construction will allege that 23 York Civil employees failed to work on Water Corp’s new $13.8 million East Rockingham wastewater treatment plant on February 20, after they attended a pre-work meeting “in the presence of three Construction Forestry Mining and Energy Union and four AMWU officials”.

“According to the statement of claim, the meeting concluded with the workers, whose enterprise agreement is not set to expire until September 2017, determined a vote by show-of-hands in favour of taking industrial action,” FWBC said in a statement.

“Under the Fair Work Act, it is unlawful to take part in unprotected industrial action before the nominal expiry date of a registered agreement has passed.”

The alleged stoppage delayed a concrete pour that was scheduled to take place on the project.

Individuals who are found to have engaged in the unlawful action could be fined up to $10,800 while organisations could face penalties of up to $54,000.

FWBC director Nigel Hadgkiss said the watchdog was committed to ensuring that the building and construction sector was productive and harmonious.

“All workers have the right to be in a law-abiding workplace,” Mr Hadgkiss said.

The new waste treatment plant, when completed, will be capable of treating about 20 million litres of water a day.