Fortescue Metals Group has broken BHP Billiton’s monopoly on tug services at Port Hedland, after being named the successful bidder for a second towage licence at what is the world’s biggest bulk export port. 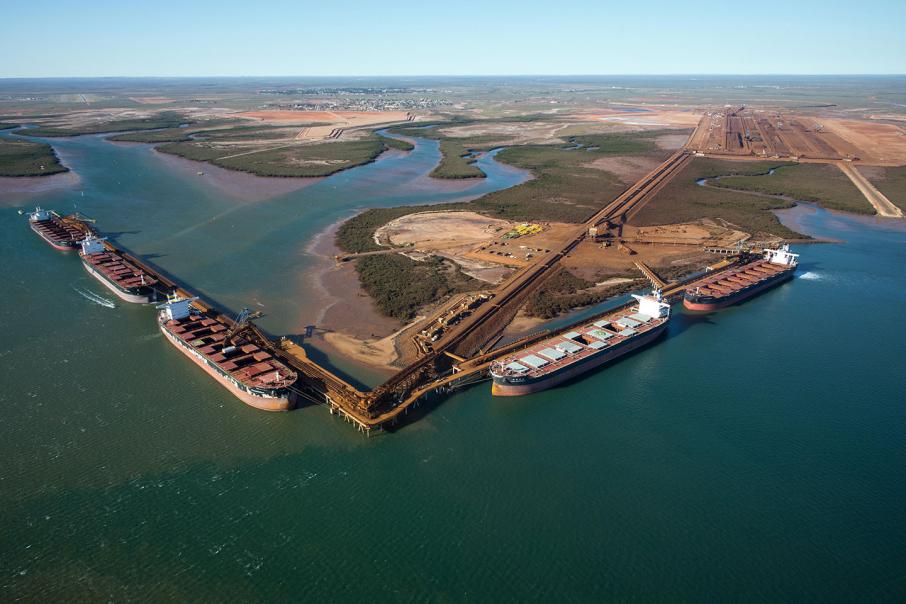 Fortescue Metals Group has broken BHP Billiton’s monopoly on tug services at Port Hedland, after being named the successful bidder for a second towage licence at what is the world’s biggest bulk export port.

FMG plans to spend about $US200 million developing infrastructure and buying nine tugs for the 15-year contract, which is expected to commence by 2019.

Its tug haven will be built behind its existing Anderson Point berths 1 to 3.

BHP is in the process of spending $US240 million developing a new eight-pen tug harbour at Hunt Point and purchasing six additional tugs, taking its fleet to 18 vessels.

Its investment will also include an upgrade of workshop facilities, operational and service berths, and two small boat moorings at the existing Nelson Point tug harbour.

The awarding of a second towage contract comes after a decade of rapid expansion in iron ore volumes at Port Hedland, driven mainly by FMG and BHP, with Gina Rinehart’s Roy Hill set to boost volumes further.

The tender also followed a bitter pay dispute between Teekay Shipping, which operated the licence for BHP, and its workers threatened to halt exports.

Teekay has since been replaced by Queensland-based Rivtow Marine.

“There will be job opportunities during construction of the new tug haven, as well as further employment with the operation and maintenance of extra tug infrastructure,” Mr Nalder said.

“Port customers will benefit from increased options in tug services and the availability of services to meet future demand.

“The introduction of choice and competition through the award of second licence will benefit all users of the port, and will ensure Fortescue can provide long-term sustainable towage services crucial to meeting the demands of our customers,” Mr Power said.

Export volumes through Port Hedland are dominated by BHP, which expects to ship 260mt in the year to June 2016, and FMG (165mt).

Roy Hill is planning to tamp up to 55mt and other exporters include Atlas Iron and Mineral Resources.