Fortescue Metals Group has received environmental approval to increase iron ore exports through Port Hedland to 210 million tonnes per annum, with other miners hoping to follow. 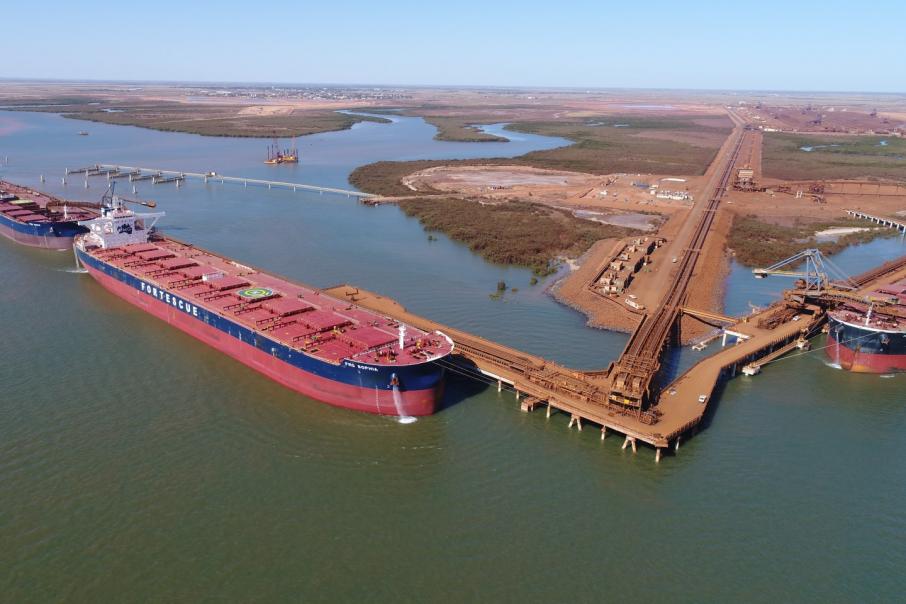 Dust management has been a major environmental and health issue in Port Hedland. Photo: FMG

Fortescue Metals Group has received environmental approval to increase iron ore exports through Port Hedland to 210 million tonnes per annum, with other miners hoping to follow.

Fortescue said the approval under WA’s Environmental Protection Act would allow it to increase the material handling capacity of its Herb Elliott Port facility from 175mtpa to 210mtpa.

The company said it had implemented additional controls to ensure no net increase in dust emissions as a result of the increase in throughput.

Dust management has been a major environmental and health issue in Port Hedland over the past decade.

Iron ore miners are expected to spend about $500 million to reduce dust emissions and fund a property buyback in Port Hedland.

Fortescue’s approval included provision for 188mtpa of hematite ore, slightly above its shipping guidance of 175mt to 180mt for the current financial year.

The approval also provided for 22mtpa of magnetite concentrate, to be sourced from its Iron Bridge project.

The first ore from Iron Bridge is scheduled for mid-2022.

Chief executive Elizabeth Gaines added that the company would “continue to work with all stakeholders to plan for future growth to maximise the productivity of the port”.

The other iron ore exporters shipping through Port Hedland have also flagged plans to increase throughput.

BHP expects to ship 286mt in the current financial year, just below its nominated capacity of 290mt, and is believed to have applied for an increase in shipping capacity to 330mt.

Roy Hill Holdings has obtained approval to increase its annual shipments from 55mt to 60mt.

Mineral Resources is hoping to build two new export berths at South West Creek to support an increase in its exports.

MinRes is aiming to ship about 8mt in the current financial year and is hoping to substantially increase that.

Ms Gaines said the increase in Fortescue’s licensed capacity was in line with its strategy to deliver growth through investment, including the $US2.6 billion Iron Bridge project.

“This significant project will deliver 22mtpa of high-grade magnetite product, enhancing the range of products available to our customers through our flexible integrated operations and marketing strategy,” Ms Gaines said.

Fortescue thanked the Pilbara Ports Authority for its support to increase the productivity of the port.