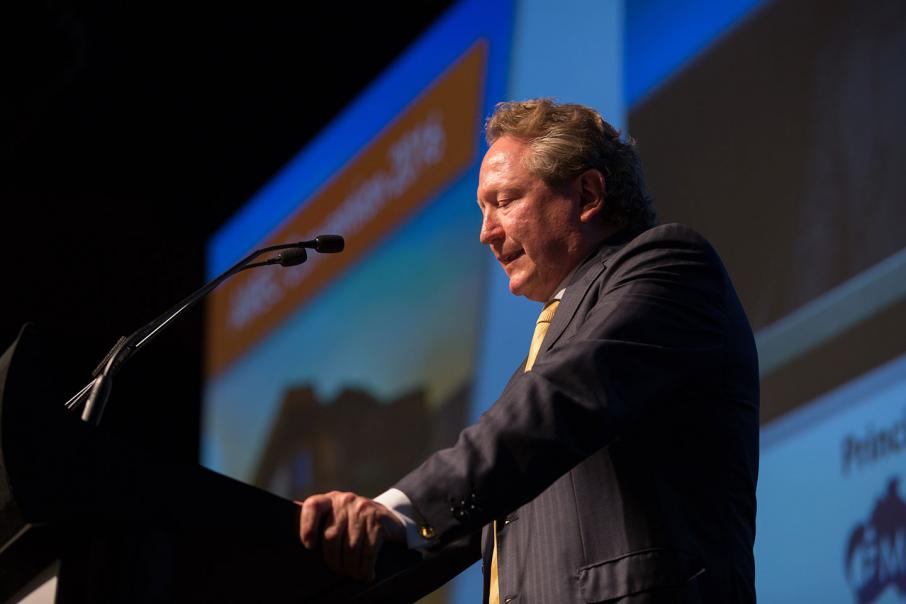 The iron ore miner said it had agreed to acquire 15 per cent of the company’s shares at 4 cents each, and had an additional interest of 4.9 per cent through a cash-settled swap.

The move comes after Chris Ellison-led MinRes announced a $280 million takeover of Atlas in April, which values the company’s shares at 3.02 cents each.

“Fortescue has an aggregate physical and economic interest in 19.9 per cent of Atlas Iron’s ordinary shares,” Fortescue said in a statement to the ASX.

“Fortescue does not intend to support the proposed Scheme of Arrangement between Atlas Iron and Mineral Resources on its current terms, but reserves the right to do so.”

Atlas is currently producing about 9 million tonnes per annum of iron ore at its Mt Webber mine and the company signed a lithium direct ore shipping deal with Pilbara Minerals in December last year for between 1mt and 1.5mt of lithium.

In a conference presentation uploaded to the ASX today, Fortescue said it was developing low-cost growth options across iron ore, lithium, copper and gold.

Atlas also holds an allocation for up to 13mtpa of iron ore at Port Hedland's Utah Point bulk-handling terminal for the next 10 years.

Foster Stockbroking research analyst Matthew Chen said he believed the increased stake was a blocking motion rather than a counter bid.

“Coupled with its announcement to reserve the right to support the proposed scheme makes it more likely in our view that FMG is positioning itself to negotiate with MIN, with the potential for reaching a compromise in sharing the prized infrastructure,” he said.

“We note MIN has scope to vary the exchange ratio to sweeten the current scheme terms in an effort to garner support of the remaining shareholders, and potentially FMG, too.

“We believe AGO’s Utah Point port capacity is a key plank to MIN’s ultimate lithium ambitions, and believe MIN is assessing its capacity to pay up for port capacity.”

There have been reports that a small group of Atlas shareholders are threatening to vote against the MinRes deal, claiming the offer undervalues the company.