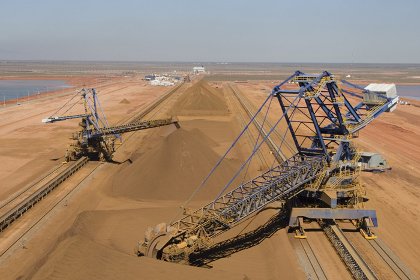 Ore stockpiles at Fortescue's Cloudbreak mine in the Pilbara.

Fortescue Metals Group has secured a $US490 million finance facility to help fund its 155 million tonne per year expansion ambitions.

The previously announced facilities, with European export credit agencies, will provide additional funding for the expansion and associated mining fleet, Fortescue said in a statement.

The company said it would draw on the funds over the next 12 to 18 months.

The facilities have an average maturity of ten years, Fortescue said, with terms and conditions consistent with the company’s existing debt capital structure.

“The success of Fortescue’s capital raising initiatives continues to demonstrate the company’s ability to diversify funding sources from a range of local and international capital markets.”