FMG on notice after second mine death

The Department of Mines and Petroleum has warned Fortescue Metals Group to improve safety procedures at its Christmas Creek mine in the wake of a second fatality at the site last month. 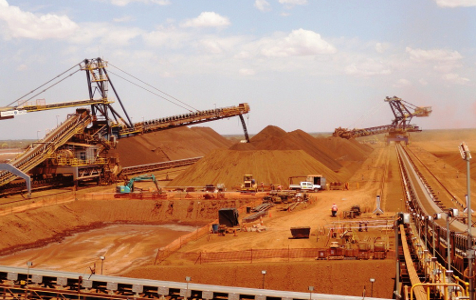 The Department of Mines and Petroleum has warned Fortescue Metals Group to improve safety procedures at its Christmas Creek mine in the wake of a second fatality at the site last month.

A 33-year old contractor employee was killed as he carried out maintenance on a large piece of mining machinery in the Pilbara mine's heavy vehicle workshop on December 30.

It was the second fatality at the iron ore mine in less than five months, following the death of a 24-year old electrician in August.

The DMP said it had issued FMG special directions to provide greater direct supervision and safety checks across all of its mine sites ahead of an intense audit in February, with all isolation and lock out/tag out procedures to be verified by a supervisor.

DMP state mining engineer Simon Ridge said the directions would remain in place until FMG was able to prove it had sufficient controls in place to ensure the effectiveness of the procedures.

The DMP was later forced to clarify media reports that it had singled out FMG for failing to address safety issues and for victimising workers who raised complaints.

"The department can clarify that previous references in the media, indicating DMP had identified some shortcomings in the cultural aspects (of safety) and FMG had agreed that some cultural issues needed addressing, requires further context," DMP director general Richard Sellers said in a statement.

"The comments related specifically to a discussion regarding smaller contractors and that FMG was committed to act should they not meet safety expectations. The discussions included a previous example where FMG had removed a contractor.

"Further comments in which Mr Ridge stated that DMP had also received complaints that FMG workers who raised complaints were victimised in the work place also requires further context. These comments were not limited to FMG."

FMG suspended surface mining operations at Christmas Creek after the incident but told the market on Friday it has now resumed operations.

FMG chief executive Nev Power said safety was a core value at the company and expressed his condolences to the contractor's family and loved ones.

He said FMG would thoroughly investigate the incident and review its safety isolation and lock out/tag out procedures.