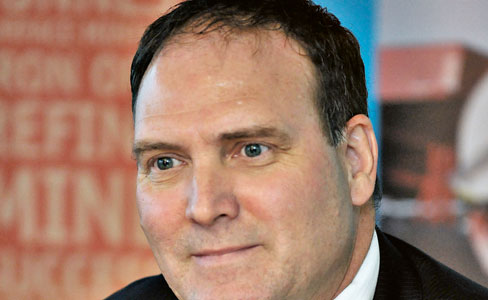 Mr Power has also signalled that the company is increasingly likely to revive its Kings mine project, which was shelved in September when iron ore prices plunged and the company slashed spending.

Speaking to media after the company’s annual meeting today, he said a mix of onshore and international organisations had shown interest in buying into its infrastructure assets, which include rail lines to its Pilbara mines and port facilities at Port Hedland.

“As we’ve mentioned before, we’ve had a very strong level of interest from a number of parties interested in our infrastructure assets, so we will continue to evaluate options, but we’re under no time pressure and we will look at that only on the basis of full and fair market value,” he said.

Mr Power declined to comment on reports that Macquarie Bank has been appointed to handle the possible sale.

He also confirmed the company was expecting to make a decision at the end of December on reviving its Kings project.

“The key determinants of that will be market conditions, both the current iron ore price and our future projection, and the funding options in our balance sheet.

“At this stage, where the iron ore price is, above US$120 a tonne, I’m very confident we will be able to do that.

Mr Power said infrastructure sales would give the company more flexibility, but were not needed to fund the Kings expansion.

“Any funds that we bring in fresh to the balance sheet would allow us to repay debt quicker or accelerate the Kings project.”

The mine will add 40 million tonnes to the company’s annual production, taking total output to 155mt pa, once all expansion projects are completed.