The Wirlu-murra Yindjibarndi Aboriginal Corporation has continued to benefit from being one of Fortescue Metals Group’s preferred indigenous partners, having joined with Thiess to win an $85 million contract in the Pilbara. 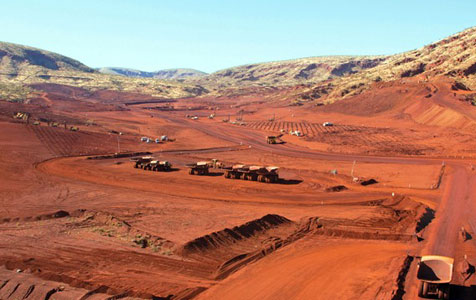 Fortescue Metals Group's Solomon mine in the Pilbara.

The Wirlu-murra Yindjibarndi Aboriginal Corporation has continued to benefit from being one of Fortescue Metals Group’s preferred indigenous partners, having joined with Thiess to win an $85 million contract in the Pilbara.

Under the three-year contract, the 50:50 joint venture will undertake maintenance of non-process infrastructure – such as camps, administration offices and water bores – at Fortescue’s Solomon mine.

The new contract adds to solid growth achieved by Wirlu-murra, which won its first big mining contract in 2013.

It has a joint venture with Eastern Guruma, one of the largest and most successful indigenous contractors in the Pilbara, which joined up with Leighton Contractors to secure a $200 million, five-year mining services contract with Fortescue.

Wirlu-Murra and Eastern Guruma also joined up with Viento Group to secure a $15 million contract on Fortescue's Solomon project.

Roebourne-based Wirlu-Murra is a breakaway group, established in 2012 after another Roebourne-based organisation, the Yindjibarndi Aboriginal Corporation (YAC), became mired in controversy after campaigning against Fortescue’s expansion plans.

Wirlu-Murra believes YAC was not properly representing the interests of the Yindjibarndi people.

Fortescue chief executive Nev Power said the benefits that would arise out of the joint venture were significant for the Yindjibarndi people.

“There will be opportunities for Yindjibarndi apprentices, trainees and qualified tradespeople, providing career pathways that lead to long-term, sustainable employment,” he said.

“We congratulate Wirlu-murra on their commitment to building capability and creating generational change for the Yindjibarndi people.”

The contract has been awarded as part of Fortescue’s Billion Opportunities program, which has awarded 200 contracts and sub-contracts worth over $1.8 billion to Aboriginal-owned businesses and joint ventures since December 2011.

At the Supply Nation awards last month, Fortescue was named the corporate member of the year and supplier diversity advocate of the year.