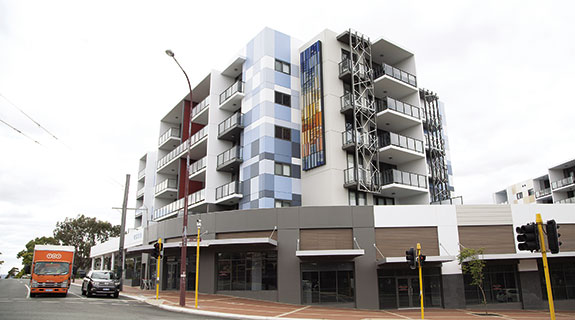 Proposed new fees for foreign buyers of real estate are looming as a potential impediment to offshore investment in Perth’s apartments sector, at the same time local developers are shifting their focus to South-East Asia to supplement local sales.

The federal government released an options paper last week proposing new fees for foreign investment applications, flagging a $5,000 fee for property acquisitions valued under $1 million, and a $10,000 impost for properties valued at more than $1 million.

For each additional $1 million in property value, the fee is proposed to increase by $10,000.

The Property Council of Australia slammed the potential changes, describing them as excessive and likely to backfire.

“It is an outright myth that foreign investment makes houses more expensive for Australians, quite the opposite,” he said.

“Foreign investment – be it from the UK or China – underpins new residential housing supply in Australia.”

Colliers International residential director Jo-Anne Chin said that, in a historical sense, Perth developers had not leaned on offshore buyers to the same level as property players in Sydney, Brisbane and Melbourne.

But that was changing, Ms Chin said, as increased levels of stock on the market led developers to look for new sales sources to supplement local buyers.

“On most projects, FIRB sales were under 5 per cent and in some cases none at all,” Ms Chin told Business News.

“The only reason we’ve started to do FIRB sales in the last six months is because a couple of developers have specifically gone to that market to attract it.”

Ms Chin said the government first proposed a fee of $1,500, which she didn’t expect would have a massive effect on the market.

But at $5,000 for an average apartment, Ms Chin said foreign buyers would likely deliberate on their investments a lot more closely.

“They’re like everyone else, they want to perceive they’ve made a good value purchase and because they’ve made it so much more expensive, I think it could have an impact on some of the sales that we’re beginning to seek in Perth,” she said.

“This is an emerging market for us and the last thing we want in Perth is when we’re looking at different tranches of sales is something that’s going to be an impediment to achieving those.

“It’s a little bit sad that the research in this report was probably focused on what was happening in other cities where they are having massive proportions of sales to FIRB buyers, when it wasn’t happening in Perth.”