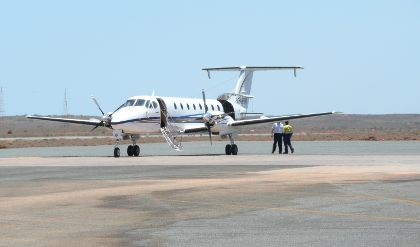 The mining industry has urged state and federal governments to tread with caution over implementing recommendations from a parliamentary inquiry into fly-in, fly-out work practices, saying some of the proposed changes could result in increased costs and job losses.

The results of the inquiry were released today, with the Regional Australia Committee finding that FIFO and drive-in, drive-out practices overlook locals seeking jobs in the mining boom taking place on their doorstep.

Independent MP Tony Windsor, who chaired the committee,said the practice was threatening to "hollow out" the future of country towns.

"If that becomes the norm, we do just have a lot of inland communities that are essentially camps of workers," he told reporters in Canberra.

"One of the great things that country communities have right across Australia is they still have a sense of community and it is under threat in some of these area."

The report makes 14 suggestions to the mining industry and 21 recommendations to the federal government, including reviewing the fringe benefits tax arrangements for FIFO workers.

Mr Windsor stressed the report was not anti-mining, but calls for resource firms to value rural Australians and their towns.

The committee is asking companies to look at countries like Canada, where there is a better relationship between resource firms and the populations of the local towns they work near.

But the mining industry raised concerns that some of the recommendations, especially the proposal to remove fringe benefits tax exemptions for FIFO workers, would add to increasing costs in the sector.

“It is crucial that the government consider all the economic, financial and social ramifications when reviewing the recommendations from the parliamentary inquiry,” Association of Mining and Exploration Companies chief executive Simon Bennison said.

“AMEC and its members believe changes to the FBT exempt will affect the economics of many projects and cost cutting initiatives will need to be implemented.

“This could result in further job losses in the future. Now is not the time to be adding any more costs onto industry.”

Mr Howard-Smith said any recommendations from the review that increased the cost of doing business should be discarded.

“Unfortunately we are becoming a less attractive place to develop resources projects when compared with other global resources-rich nations and investment may be driven to other, lower cost regions because of additional layers of taxation and charges which are continuing to drive up costs for doing business,” he said.

“Attraction and retention of employees would be severely impacted if companies attempted to force residential employment on their employees.”