Ezone a step closer for UWA

The University of Western Australia’s proposed $600 million engineering zone at its Crawley campus has taken a major step towards construction, with plans lodged to build the development’s $80 million first stage. 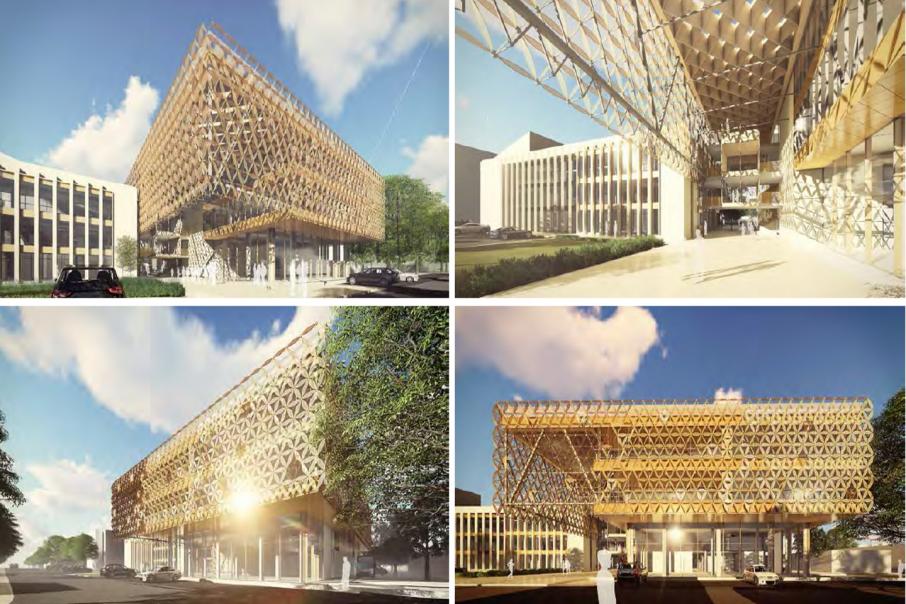 External perspectives of the Ezone proposal, by architecture firm HASSELL.

The University of Western Australia’s proposed $600 million engineering zone at its Crawley campus has taken a major step towards construction, with plans lodged to build the development’s $80 million first stage.

UWA has been planning the construction of its ‘Ezone’ since 2013, with the facility to be the new home for the university’s faculty of engineering and mathematical sciences.

Plans for the project’s first phase of works, a new four-storey building containing learning spaces, laboratories and workspace for academics, were lodged with the City of Perth in late February, and will be assessed by planning authorities in coming months.

Along with the new building, which will be located on the western portion of UWA’s Crawley campus, near the Fairway boundary, the existing environmental engineering facility will be refurbished.

According to City of Perth documents, the build has a value of $64.3 million, before fit-out works are taken into account.

Design works were undertaken by HASSELL, while industry partners include BHP Billiton and Woodside Petroleum, which have contributed $12 million and $10 million to the development, respectively, since 2013.

UWA is planning the rest of the $600 million build to occur over the next two decades, with the facility expected to be a major step change in the way the university delivers engineering, computing and mathematics classes.

In 2014, UWA appointed former BHP senior research and development manager Peter Lilly to lead the Ezone project, coordinating planning activities with architects, raising funds for its development and engaging with the community.

UWA’s Ezone is the latest in a series of major upgrades at Perth’s centres for higher learning, which includes a new $49 million medical school at Curtin University’s Bentley campus.

Curtin welcomed the first students to the GHDWoodhead-designed school last month, while in January year the university completed construction of three new roads, which will provide the framework for its Greater Curtin plan.

The Greater Curtin plan will provide new accommodation for up to 2,000 students, short-stay accommodation, new academic buildings and research space, and a new bus interchange.

Curtin estimates its development value to exceed $500 million, with development to occur until 2030, while it is also expected to announce private sector partners in coming weeks.

Business News also reported earlier this month that The University of Notre Dame Australia was planning a new $15 million facility in Fremantle’s historic West End, to house its schools of nursing and midwifery and arts and sciences.

Edith Cowan University is planning a multi-million dollar research centre at its Joondalup campus, to be known as the centre for integrative metabolomics and computational biology.