Eyes on Asia for more tourists

Tourism Western Australia is boosting marketing campaigns to increase the number of visitors to the state but the Tourism Council’s new president says limited resources are hampering its efforts. 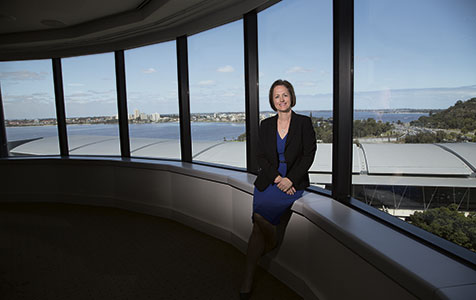 Tourism Western Australia is boosting marketing campaigns to increase the number of visitors to the state, but the Tourism Council’s new president says limited resources are hampering its efforts.

Tourism WA is spending about $2.7 million on advertising campaigns in Indonesia, China and Singapore over the next three years.

Its goal is to increase tourist spend from those three countries to $1 billion by 2020; $425 million was spent here in the past financial year.

Tourism WA will also set up a base in Jakarta and is immediately funnelling $1.5 million into new advertising in Indonesia.

Mr Papadoulis said the state government had promised $24 million for tourism marketing over four years in the latest budget, but that was pared back to only $9 million over three years.

“They haven’t kept their promise (and) in the big scheme of things that will have a significant impact on the flow of tourism,” he said.

Indonesia and China are WA’s sixth and seventh largest international markets, with about 32,000 visitors coming from each country in the last financial year.

The number of visitors from China increased 13 per cent to 31,500 visitors.

Ms Buckland said Tourism WA had a target of 100,000 Chinese tourists by 2020. But that goal has been made even more challenging by the state government ceasing specific funding for developing the Chinese market, for which it had allocated $5.2 million in the 2011-12 budget.

Tourism WA’s marketing spend in China will be less than $1 million over the next three years.

“Tourism WA needs to work with industry to put forward a business case so that this funding (specifically for China) may be continued in future budgets,” Ms Buckland said at a recent industry briefing.

“We need to demonstrate a clear need for this funding and a return on investment.”

Mr Papadoulis, a former Business News 40under40 winner, has returned to the Tourism Council presidency role after serving his first term over 2000-03.

He said tourism was front and centre of government policy then, but the resources industry had since stolen the limelight.

“The industry is at a point where it hasn’t got the attention or support that it deserves in order to make sure that WA is not just a one-industry state,” Mr Papadoulis said.

He said domestic tourism had suffered, with Australian tourists opting to go to other states. Tourism WA has allocated little more than $4 million to reverse that decline through marketing campaigns.

Intrastate travel has continued to increase for the general tourist population but the business travel segment has taken a knock, with the slowdown in the resources sector contributing to a 5.3 per cent drop in intrastate business travel over the year to June 2013.

Ms Buckland said while Tourism WA could work to entice general tourists to WA, there was little that could be done to maintain business travel.

“(But) one thing we can do is make sure that we are targeting business travellers who may potentially like to stay longer for a holiday,” she said.