Destination marketing, placemaking, exports, tourism and education are all part of a day’s work for the new boss at Perth Airport. 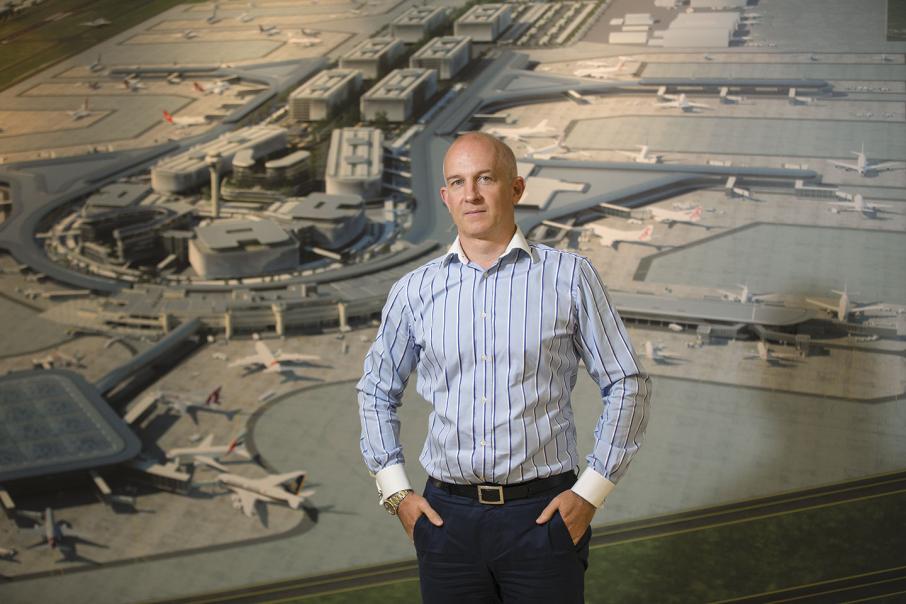 Destination marketing, placemaking, exports, tourism and education are all part of a day’s work for the new boss at Perth Airport.

Only three months into his new role, Perth Airport chief executive Kevin Brown is already facing the daunting challenge of how to grow the facility’s operations after a $1 billion redevelopment program.

But Mr Brown, who has worked at eight airports worldwide, including most recently in Cairns and Edinburgh, says he has a clear strategy in place – growing Western Australian exports.

Mr Brown told Business News he considered exports to be much more than just the goods that fly out of Perth to other cities around the world, with tourism and education playing an increasingly important part in the state’s development.

While that may seem to be outside an airport chief executive’s usual mandate, Mr Brown said fitting those disparate sectors closer together was nonetheless a top priority.

“If we bring all those elements together, we can actually underpin the financials of airlines’ operations coming out of this airport.

“If you fill above and below the wings, the cargo holds of the aircraft, that can help significantly with the financials of that airline.”

Mr Brown said he was also keenly focused on growing the reach of Perth Airport by securing more direct flights to select locations.

Perth Airport currently services 42 cities with non-stop flights; in the past two years it has welcomed two new airlines – China Southern, which flies directly to Guangzhou, and Malindo Air, which operates direct flights to Malaysia.

Mr Brown said key markets for more direct flights included Japan, Philippines, China, Vietnam, India and Indonesia, some of which used to be direct services but were subsequently suspended.

“We’ve seen some really strong growth in some of those markets and there are other markets that we believe that, if we could actually service them directly, we would see an increase in visitation from that country,” he said.

“That stimulation varies from route to route, but we are keen to see direct connectivity to Japan, for example. There are a lot of Japanese companies’ Australian headquarters in Perth, but there are no direct flights.

“There could be upwards of a 20 per cent stimulation factor in that market if we actually had direct connectivity, and that’s certainly one of the key routes we are looking at.”

“That’s one of our fastest-growing outbound markets,” he said.

“There is a lot of opportunity for us to still tap into that market and Australia as a whole still has a long way to go to get a fair share of that market.

“The east coast of Australia has some strength in that market, but if you look at the growth in outbound travel from China versus what Australia is receiving, we’re only getting a very small part.

“And if you look at what the west is getting from that, it’s a smaller proportion again.”

Mr Brown said destination marketing was the key to attracting more visitors, with the development of new routes just the first step.

While $1 billion has been spent to bring Perth Airport in line with the best facilities worldwide, the next phase of development would ensure it had its own unique identity, with local artwork to play a big part.

“That’s critical for me, and it’s something I’ve considered in all the airports that I’ve worked in,” Mr Brown said.

“We don’t want to be an airport that could be anywhere else in the world because it’s generic; we actually want to make sure that we’re reflecting our local culture and environment and there is a seamless connection.

“We actually want to create a sense of place in the airport – we don’t want it to be a sterile building.

“It is a first and last impression and it has to be in tune with the good and the great and the best of our region, and those are some of the areas that we’re looking at.”

Mr Brown said part of that initiative, which could be easily overlooked, was the availability of local produce at Perth Airport retailers.

“Actually having local produce to sell in the airport is huge,” he said.

“There are unique things produced in WA that people can buy and take away as a memento.