Exports at the whim of the weather

As the scale of Western Australia’s iron ore exports has increased, so has the impact of any glitches in the system, such as strike action or the weather. 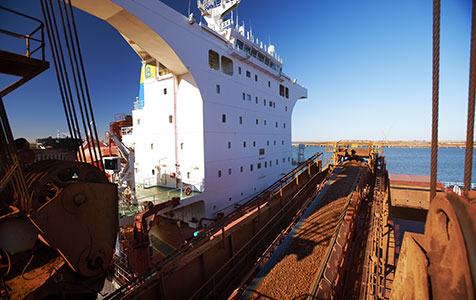 As the scale of Western Australia’s iron ore exports has increased, so has the impact of any glitches in the system, such as strike action or the weather.

Both take on far more significance due to the volumes of ore and its value, as well as the port logistics required to squeeze out more exports from ports that were never expected to handle such tonnages.

While industrial action is the result of human decisions, cyclones are beyond our control.

I have it on good authority that, for instance, the last cyclone season was relatively benign when it came to our exports – failing to close either of the major ports (Dampier and Port Hedland). That changes the equation at the receiving end of our exports because most buyers factor in a closure of a few days due cyclonic conditions.

The most recent figures from the Pilbara Ports Authority show that 50.9 million tonnes of iron ore left the state in August, with Port Hedland setting a new monthly record of 38mt, an increase of 9.9mt, or 35 per cent, from the same period last year.

The Port of Dampier achieved a total throughput of 16.2mt for August, which is in line with the same period last year.

These figures indicate the state is exporting at an annualised rate of more than 600mt/year just out of the Pilbara. That, on a daily basis, breaks down to almost 1.7mt – and obviously, depending on tides, some days are bigger than that.

To put that in financial terms, at the current iron price of $85/t, that amounts to $142 million a day.

The point of this observation is that a major cyclone in the region could cause a significant shortfall in exports. Throw in two major weather events and it is not inconceivable that 10mt-15mt are held back.

That is more than any producer below the top three (Rio, BHP and FMG) ships in a year, and is enough to throw out the best-laid plans of those at the buying end.

In the event of clear weather like last season, it means the steel mills in China and elsewhere may have ended up with quite a bit more ore in the system than expected, affecting demand and the price in a not-entirely-insignificant way.

Note, though, bad weather can have the opposite effect, causing shortfalls and price spikes; especially if planners in importing nations have short memories.