Critics have lined up against the recommendations of a high-profile parliamentary inquiry into fly-in, fly-out work practices. 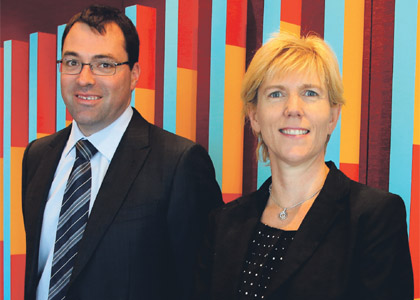 Critics have lined up against the recommendations of a high-profile parliamentary inquiry into fly-in, fly-out work practices.

A high-profile federal inquiry into fly-in, fly-out work practices has put the cart before the horse by recommending significant tax changes without having adequate research available, according to several industry observers.

Tax experts are the latest critics of the inquiry, which recommended cutting tax breaks for FIFO employers, including fringe benefits tax, without fully understanding how the practices developed or what impact it was having in the community.

Industry groups have already criticised the recommendations around fringe benefits tax, warning they would increase costs.

Most of the inquiry’s recommendations sought further research by government, including determining how widespread FIFO is.

The parliamentary inquiry, led by independent MP Tony Windsor, released its report last week, making 21 recommendations to the Gillard government, of which 16 were to seek further information after it found there was a lack of scientific research into FIFO.

Ms Hartley said it was surprising to tackle specific tax issues before information was gathered and strategies were developed on how to address associated social issues such as housing, infrastructure and education.

She said the report failed to grasp the background of FIFO practices, which arose due to remote operations and industrial relations changes introduced by the Western Australian government in the 1990s, rather than being driven by tax.

“The report doesn’t appear to address the history in terms of how FIFO was able to come about and that it was changes to the employment arrangements in the mid-1990s that allowed for flexible and individual work arrangements,” Ms Hartley said.

Other changes such as decreasing airline costs and the increased reluctance of families to live in remote communities have seen FIFO jobs become more attractive than living closer to mining operations.

The Windsor report also recommended altering the application of the zone tax offset and working away from home allowance.

Both the offset and the allowance were intended to make it easier to work in remote workplaces, however, the inquiry found that it sometimes disadvantaged local workers.

Ms Hartley was critical of the recommendation to change fringe benefits taxation without being clear about the impact that would have.

“The question that the report raises is that while a number of recommendations focus on there being further reviews and reports to gather information, the changes that it proposes to fringe benefits tax are more concrete but it doesn’t identify what the potential changes are going to be as a result of that change,” she said.

“It doesn’t identify whether that change is recommended as a revenue-raising exercise or to drive changes in how mines are operated.” The inquiry highlighted the importance of taxation exemptions and concessions in driving FIFO growth, without making any solid recommendations surrounding the associated social issues, which tend to make the headlines.

Association of Mining and Exploration Companies CEO Simon Bennison said in a statement the proposed tax changes would create uncertainty.

“It is crucial that the government consider all the economic, financial and social ramifications when reviewing the recommendations from the parliamentary inquiry,” Mr Bennison said.

“AMEC and its members believe changes to the fringe benefit tax exemption will affect the economics of many projects and cost cutting initiatives will need to be implemented.

“This could result in further job losses in the future.”

Mr Bennison said employers were not the only ones responsible for the growth of FIFO.

“Local, state and federal governments should have provided far better leadership in the coordination and strategic planning for basic community services and infrastructure needs for the industry,” he said.

The Australian Bureau of Statistics estimates there are 34,000 FIFO workers living in Perth.

FIFO exploded as a favoured work practice during the boom of the past decade as employers have struggled to find skilled employees willing to work in remote areas.

But it comes with significant costs such as air travel and accommodation, adding to the rising cost of construction and operations in areas such as the Pilbara.

It found that the competitiveness of WA projects was slipping as labour and capital costs increased.

Even the title of the federal inquiry, Cancer of the Bush, drew disapproval.

Chief executive of the Australian Mines and Metals Association, Steve Knott, said it was “demeaning to thousands of Australian FIFO workers”.

The federal government has yet to respond to the recommendations of the inquiry.