Experience you can bank on 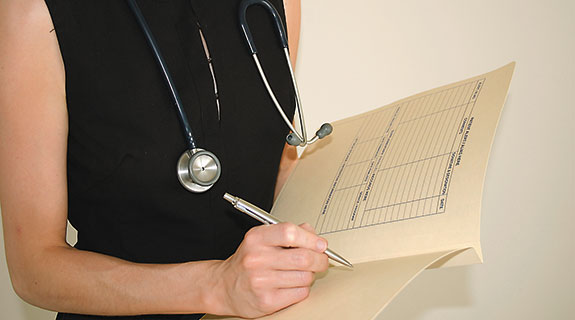 SHORING UP: The alliance will enable funds to share knowledge and pool resources. Photo: iStockphoto

During that time, albeit at a pace that stretched over decades, three major changes altered the banking sector beyond recognition. Two of those three are now occurring simultaneously in the health insurance sector, and Mr Bransby is working hard to prevent the third.

In the 1980s, the banking market was shared between listed banks, state-owned entities and mutuals such as building societies – a group of not-for-profit businesses that are now largely extinct.

The privatisation of big players such as Commonwealth Bank and Bankwest in the 1990s skewed the market firmly towards big listed banks. Mutuals were already disappearing as their members voted to cash in and sell out to expansionary banks.

As that upheaval was nearing its end phase, mortgage brokers arrived on the scene in a big way, stealing a large part of the banks’ retail customer base and the handsome margins that came with it.

In the health insurance market today, Medibank Private has just been privatised, changing the market overnight from something nearing a three-way split between listed or corporate players, state-owned entities and NFPs.

Now, about two thirds of the market is in corporate hands.

Coinciding with that massive shift is the arrival of aggregators such as iSelect. They are the online equivalent of mortgage brokers such as Aussie Home loans, RAMs and WA Home Loans, which changed the face of retail banking in the mid to late 1990s.

Mr Bransby wants to prevent the squeeze created by these new market forces from pushing the health insurance market to fully emulate the banking sector by eliminating NFPs as a viable alternative in the market.

That is why HBF has backed a new national alliance called Members Own Health Funds, which brings together 15 mutual funds representing about 20 per cent of the market.

Mr Bransby is deputy chairman of the group’s board and represents about a third of Members Own’s total market share, suggesting it is a significant player.

Of course, HBF has more to lose than most. In WA it is the giant, representing about 58 per cent of the market. Taken in a national context, that share is small; but the state’s isolation and HBF’s market dominance have given it some competitive advantages that have helped it survive and prosper.

It now wants to join forces with similar players to share knowledge, pool resources and ensure it is not isolated any further.

HBF has chosen a full-service route, which does not include distribution via aggregators. Looking back at the banking model it would be hard to suggest any business that ignored mortgage brokers in the 1990s made a wise choice.

However, having lived through it, Mr Bransby is hardly ignorant of history.

While having a bet each way might provide some options, the reality is that a two-pronged strategy between full service and low cost has not helped others, such as airlines.

Instead, the NFP sector, whether HBF or GMF, has to highlight the advantages of not having shareholders, much as the industry funds have successfully done in superannuation, albeit aided by advantageous government policies.

Industry super funds have promoted themselves as offering superior investment returns because they don’t have pay a margin to shareholders in the form of dividends.

While I have my doubts about the long-term performance of many illiquid assets held by industry funds, there’s no doubt that their message has reverberated positively for them.

Politically they have been bolstered with mandated advantages such as preferred default fund status, which gives them the ability to add scale without having to spend on marketing.

Whether or not health funds can find such lucrative political favour is yet to be seen, although health insurance is highly regulated and a very fickle environment when it comes to government policy.

And any new federal Labor government may look less favourably at the listed sector dominated by a company privatised by Prime Minister Tony Abbott.

More likely, though, is the NFP message is just the start of a more administrative alliance that will bring together a sizeable proportion of the marketplace to share the ever-increasing cost of regulation and risk.

As the big player in the alliance, HBF may be able to offer an administrative hub to the group that enables it to fend off the encroaching forces of corporate rivals.

The author has a beneficial interest in Medibank Private.