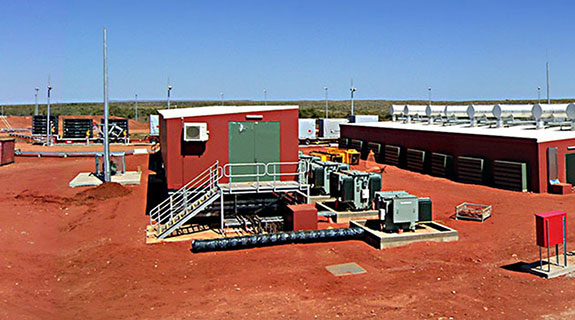 It is understood that Fengate’s $19.62 million equity investment includes the debt carried along with the entity.

The business owns the eight megawatt Exmouth gas-fired power station, which is the sole source of power for the Exmouth grid.

Under the terms of the purchase, the utility retains its power purchase agreement with Horizon Power, and its gas sales agreements with Quadrant Energy and Kuwait Foreign Petroleum Exploration Company Australia.

The station will remain operated and maintained by Transfield Worley Power Services.

The Exmouth facility was the last remaining power station owned by WorleyParsons, after a strategic sell-down of its former power assets.

Fengate was advised in the acquisition process by RFC Ambrian.

The Exmouth power station is only the second Australian investment made by Fengate, after participating in a syndicate which purchased 80 per cent of bulk liquid storage business ANZ Terminals from Macquarie Capital in November last year.

Shire of Exmouth council minutes for June 2015 show that the council’s recent draft local planning scheme includes the investigation of a longer term relocation of the power station, with the view that the station’s current position limits future town planning.

This intention by the council has been public for more than a year.

“[After August 1 2014 discussions with Horizon] it was resolved that Council, post the adoption of the new Town Planning Scheme (TPS), write to Minister for Energy and [Horizon] advising that there is no future for the existing site to remain past the 2024 contract,” stated chief executive Bill Price’s report to the council’s ordinary meeting of August 21 last year.

The Exmouth gas power station was completed in 2006 and was designed by Perth engineering firm Pritchard Francis.