Twenty local executives acquired $38 million of shares at no cost over the past 3 months, research by Business News has found. 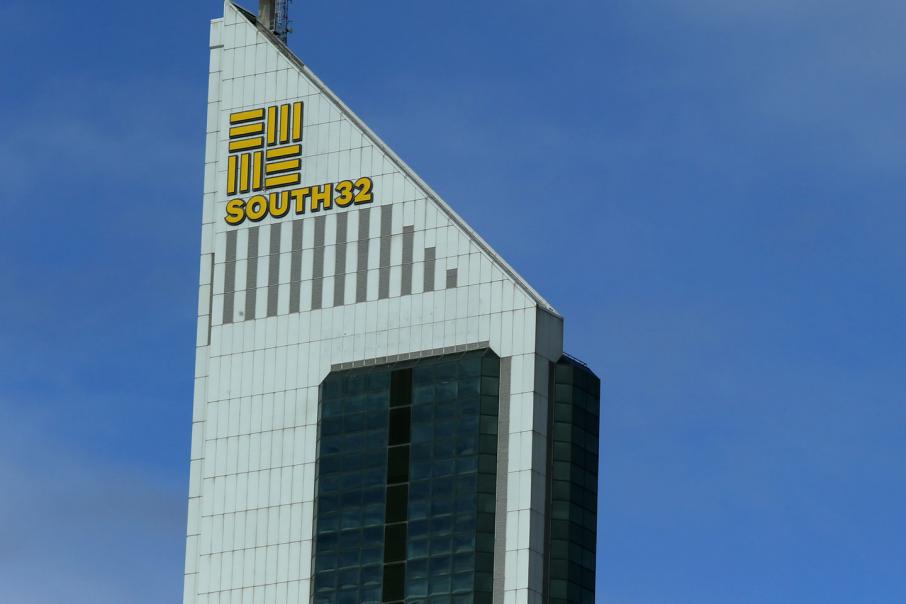 Twenty local executives acquired $38 million of shares at no cost over the past 3 months, research by Business News has found.

Mr Thapliyal received 10.7 million shares on July 18 as payment for Jupiter’s admission to the ASX, and with a closing share price on that date of 39 cents, the parcel was worth around $4,153,700.

He is one of a group of 21 executives listed in the BNiQ Search Engine who acquired shares worth $500,000 or more at no cost over the past quarter.

They acquired the shares after the ‘vesting’ of performance rights, upon hitting defined milestones.

The awarding of these shares is typically on top of base salary and annual bonuses.

Highest on the list is Emeco Holdings managing director Ian Testrow, who acquired 13 million shares on August 28, when the stock closed at about 35 cents.

That was worth roughly $4.6 million.

Emeco’s 2018 annual report shows performance payment structure focused mostly on hitting forecast earnings before interest, tax, depreciation and amortisation, with 60 per cent of weighting for the payout attributable to that measure.

Measures targeting safety and reduction of leverage were both worth 20 per cent.

Total payments were capped at 200 per cent of base salary.

The focus on deleveraging follows a complex restructure and merger deal, which got under way in December 2016.

Mr Testrow’s target was to reduce the net debt-to-operating-Ebitda ratio from a multiple of 3.9 in the 2017 financial year to be less than three.

He hit the target, with a multiplier of two reported by Emeco.

Top marks on that measure require performance at least 5.5 percentage points above comparators. 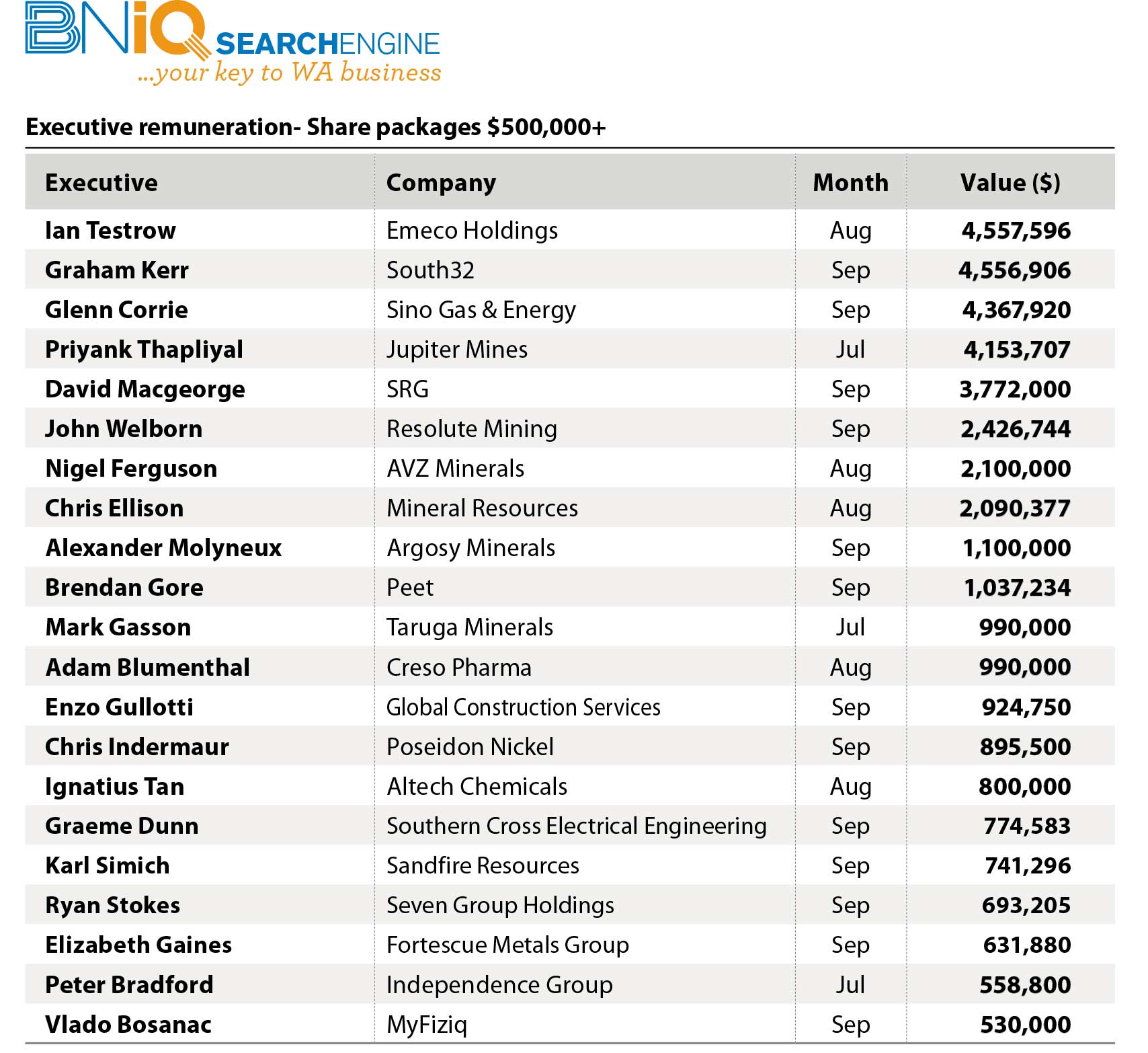 Short-term incentives are paid on a complicated structure with equal weighting for sustainability, including: safety and emissions reduction; return on capital; strategic priorities such as risk management; and financial management.

Further discretionary penalties can be applied, with Mr Kerr losing 15 per cent of his reward because of a fatality in South Africa.

Chairman David Crawford said the company did not increase fixed remuneration for two consecutive years for directors or key executives.

“As a result of the increase in our share price and positive total shareholder returns over the performance period, the share plans that vested this year have been the most significant contributor in an increase in actual pay for (executives).”

In 2017, Mr Kerr’s total compensation was the third highest on the BNiQ Search Engine, at $7.6 million, with equity payments of about $5 million.

Executives at some other well-known companies received smaller packages.

One fascinating performance payout was at Melbourne-based iSignthis, which backdoor-listed through former Perth company Otis Energy in 2016.

As an interstate business, it is not on the table.

But managing director Nickolas Karantzis acquired nearly 150 million shares, worth about $26.2 million, while four other directors received about $5.2 million of shares.

The company now has roughly 1 billion shares on issue.

There were three thresholds for tranches of the performance rights to vest (all revenue targets), with the highest such milestone being achievement of annualised revenue of $10 million over six months.