Exchange Plaza stake back to market

A major asset is about to make a splash in Perth’s softening office market. 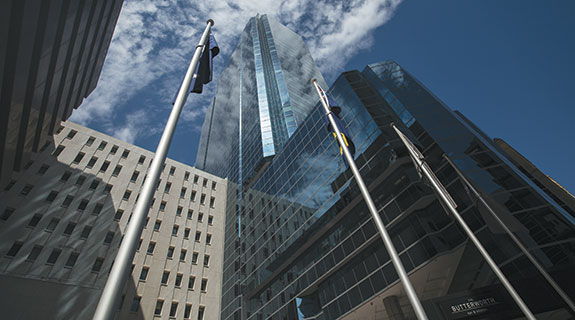 FOR SALE: The ASX has vacated Exchange Plaza for premises at Central Park.Photo: Attila Csaszar

A major asset is about to make a splash in Perth’s softening office market.

A half-stake in one of Perth’s largest office towers is expected to return to the market, with Colonial First State Asset Management’s Private Property Syndicate seeking to offload its interest in the Exchange Plaza for the third time.

Business News understands JLL and CBRE have been jointly appointed to manage the sale process for the 40-storey building, however neither agency had responded to inquiries at time of publication.

It is understood the owner of the other half of Exchange Plaza, AMP Capital’s Wholesale Office Fund, had the first right to buy the remainder of the building, but did not exercise that option.

Colonial’s Private Property Syndicate is expected to wind down before the end of the financial year, necessitating the sale of its assets.

Industry sources suggest the asset will fetch a price of around $130 million.

The campaign will be the third in as many years for Colonial’s interest in the building, after similar campaigns in 2013 and last year, also run by JLL and CBRE, failed in finding a suitable investor.

At the time of those campaigns, the stake was expected to fetch about $180 million, with interest reported from Singapore’s Rockworth Capital Partners, Morgan Stanley’s Investa, Mirvac Group and GPT Group.

The property was taken off the market last year amid negotiations with a number of key tenants.

Since then, the ASX has vacated the building to new premises in Central Park, while law firm Ashurst signed a deal earlier this year to exit Exchange Plaza for plush new digs at the second tower at Brookfield Place once it is completed in December.

The 50 per cent stake in the building is likely to be the largest asset to go to market in 2015, with many of the city’s institutional landlords spooked by the rising office vacancy rate, which hit nearly 15 per cent in January, and holding tightly on to their assets.

Earlier this year, Finbar Group sold its Gateway Building in Victoria Park for $72.8 million to a Singaporean investor, the biggest value transaction to date in 2015.