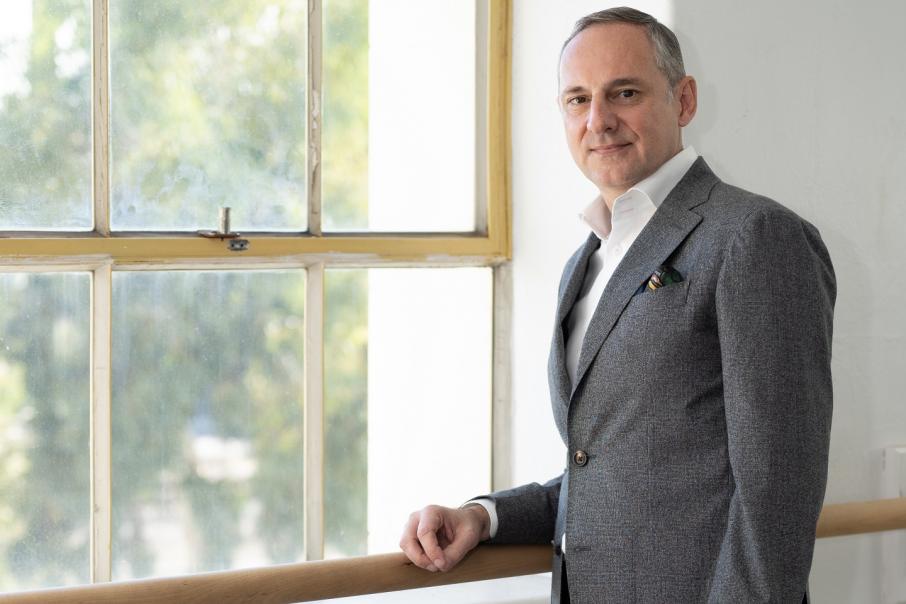 Olivier David’s career has taken him to New York, Tokyo and Hong Kong, but he’s recently changed direction to take up the role as executive director of the West Australian Ballet.

The appointment is Mr David’s first foray into arts leadership, having spent most of his career working in operations for luxury brands.

However, Mr David said music and the arts had always run parallel to his corporate work.

“I have always kept arts and music on side, from practising the organ, going to concerts, theatres and museums,” Mr David told Business News.

“Arts has always been part of my life.

“That’s why I am very excited today to work in an environment I am passionate about.”

He said the outlets for his love of music were playing the organ and serving as a national committee member for chamber music organisation Musica Viva Australia.

And he is particularly drawn to ballet as an artform.

“What I love about the ballet is that it is a very athletic performance, it’s really hard work for the dancers, which I really respect.

“You see the dancers, but you have a story, you have beautiful costumes, you have music and I’m sure everyone can connect one way or another with ballet performance.”

Mr David was selected for the role at the WA Ballet after a lengthy executive search by Lester Blades to replace Jessica Machin, who resigned in November 2020.

At the time, Mr David was working (remotely from Perth) as head of customer care and credit at cosmetic company L’Oreal.

Normally based in Melbourne, Mr David came to Perth for a week in March last year to visit his partner shortly before Western Australia enforced the hard border closure.

Mr David called the hard border a blessing in disguise, as it meant he was able to avoid Melbourne’s extended lockdowns and move to Perth permanently.

Prior to his role at L’Oreal, he spent five years as head of customer service at watch and jewellery manufacturer Swatch Group Australia.

In Hong Kong, he worked as the director for operations and service, Asia Pacific, Middle East and Africa, at luxury lifestyle group Quintessentially, and as the executive director of consulting firm Luxury Heritage Management.

Mr David said he believed his international corporate career would allow him to bring a fresh set of eyes to the WA Ballet.

“I have an extensive executive background, very much focused on operations and customer service,” he said.

“For me, excellence has always been the outcome.

“I always have had to deliver outstanding service to our customers or our audience and make it happen with our operations.”

Mr David wants to use his corporate background to further WA Ballet’s strong engagement with corporate sponsors and the state’s philanthropists.

According to its 2020 annual report, WA Ballet received $1.38 million in revenue from corporate partnerships, including its principal partner Woodside Petroleum, equating to 11 per cent of total revenue.

Corporate sponsors Woodside and Wesfarmers were also involved in WA Ballet surpassing its fundraising goal for its endowment fund, which reached $7.75 million in late 2020.

The fund was launched in November 2019 with a $500,000 donation from the Wright Burt Foundation and a commitment to match donations from others to the value of $2 million.

The money will be invested by a committee and dividends from the fund used to grow the organisation.

Despite the economic uncertainty in the second half of the financial year due to COVID-19, private giving increased 12 per cent from 2019 to reach $1.4 million.

This helped balance the lost income from the box office when performances were cancelled.

Last year, WA Ballet had to cancel The Sleeping Beauty and STATE, but was able to perform Dracula and its CoVid Lab performances mid-year under social distancing restrictions.

Mr David is taking the reins at a precarious time for arts organisations, with the potential for snap lockdowns to cause cancellations at short notice.

Earlier this year, the opening night of Ballet at the Quarry was postponed due to WA’s snap five-day lockdown in February.

“I think it’s the new world we are living in now,” Mr David said.

“If we are performing at 50 per cent capacity and we have a last-minute opportunity to go to 100, we should really be fast enough to fill as much as possible. And the other way around as well.”

WA Ballet has a busy program over the next couple of months.

It just finished showing Giselle at His Majesty’s Theatre and is now preparing for its season of STATE at the State Theatre of WA in June, Dracula at Crown in August, and Coppélia in September.