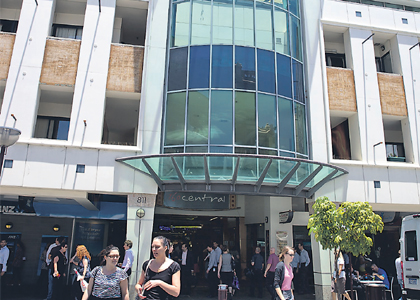 LINK: Paragon Apartments in the city was a Westpoint property project before the group collapsed in 2005. Photo: Annaliese Frank

THE State Administrative Tribunal has ruled that being convicted of breaching the Fair Trading Act and being charged by the Australian Securities and Investments Commission is not sufficient reason to deprive former Westpoint Group boss Norm Carey of his real estate agent’s licence.

An estimated $388 million was invested by 4,000 investors in a series of mezzanine funds overseen by Westpoint, which collapsed in 2005.

Criminal chaises brought against Mr Carey and former Westpoint chief financial officer Graeme Rundle by ASIC are expected to go to trial in April next year.

At the heart of the SAT’s deliberations was the question of Mr Carey’s honesty and character. SAT deputy president Judge David Parry said in the judgment the tribunal had given “anxious consideration” as to whether adverse findings against Mr Carey in a number of previous legal appearances demonstrated that he lacked sufficient integrity to be accredited as a real estate agent.

Ultimately, the SAT ruled there was insufficient evidence against Mr Carey to deny him accreditation.

Judge Parry said Mr Carey had maintained an “unblemished professional record” over his 32-year career as a real estate agent, notwithstanding his recent legal troubles.

Of particular concern to the tribunal was Mr Carey’s conviction in the Perth Magistrate’s Court last year of five breaches of the Fair Trading Act, in regards to false representations made by three Westpoint real estate agents.

The court heard that the agents had told buyers of units in the Regents development in Rivervale that the project had been subject to indefinite delays, prompting the buyers to terminate their contracts. The units were then sold to higher bidders.

Magistrate Peter Malone found that while the offences were committed without Mr Carey’s authorisation, he had “wanted (the) outcome” of the properties being resold to others and had not exercised reasonable diligence.

The magistrate described statements in a memorandum written by Mr Carey to the agents as “completely untrue” and reflecting “directly, and adversely, on (his) credibility”.

While the commissioner had argued that the conviction and the magistrate’s findings in relation to Mr Carey’s credibility demonstrated he lacked the necessary good character and repute to practice as a real estate agent, the SAT was not convinced.

“Although Magistrate Malone’s findings were expressed in very strong and robust terms, and were obviously central to the determination of that case, we do not consider that those findings ... demonstrate that Mr Carey is a dishonest person,” Judge Parry said.

This was not the first time Mr Carey had been forced to go to the SAT in order to maintain his accreditation.

Mr Carey’s renewal application was knocked back by the then-regulatory body, the Real Estate and Business Agents Supervisory Board, in 2007 but the SAT ruled in favour of Mr Carey the following year.

The tribunal described legal evidence tendered by Mr Carey at the time as “somewhat evasive and uncooperative”. However, the tribunal noted that “the effect of declining to renew the triennial certificate is to deprive Mr Carey of his entitlement to make a living as a real estate agent” and ruled that it was the right of every person to do so “unless that right is taken away by law”.