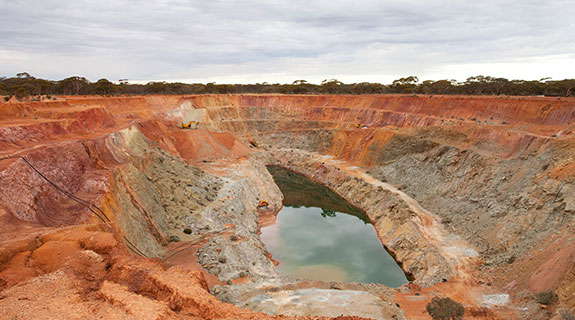 Evolution plans to offer 0.06 shares and 6 cents cash for each Phoenix share, worth approximately 12 cents per Phoenix share and valuing the gold explorer at $56.4 million.

This follows recent on-market purchases at 12 cents per share, lifting Evolution’s stake to 19.8 per cent.

The Evolution offer is well above the recent cash offer by China’s Zijin Mining Group of 10 cents per share.

Evolution and Zijin both recognise value in gaining control of Phoenix in order to integrate the junior explorer’s tenements with their existing operations near Kalgoorlie.

The competing offers are great news for Phoenix shareholders, who had seen their stock bottom at 6 cents per share in April.

The stock bounced in May, after Evolution agreed to subscribe for 44 million shares at 7.5 cents.

This was part of a strategic partnership that unravelled after Zijin announced its takeover plans.

Zijin’s takeover offer followed its move to full ownership of Norton Gold Fields, which is hoping to develop new mines on Phoenix tenements near its Paddington mill.

“There is clear commercial logic in combining the Phoenix assets with the Mungari project which we are acquiring from La Mancha,” Evolution executive chairman Jake Klein said.

“Evolution is committed to building a long-term presence in this exciting region of WA and our intention to make this compelling bid for Phoenix is the next step in our strategy.”

“Many of the exploration targets developed by Phoenix, on its tenements, are geologically similar to the Frog’s Leg mine and the White Foil mine,” Evolution said in a statement.

Norton, which is being advised by RBC Capital Markets and Allion Legal, told shareholders to take no action on either offer.

Law firm Herbert Smith Freehills is advising Evolution, while Zijin is being advised by Argonaut and HopgoodGanim.

Meanwhile, Saracen Mineral Holdings has struck a $3 million agreement with St Barbara to acquire the Kailis and King of the Hills gold projects.

It will pay $300,000 on completion and the balance when it commences commercial production at Kailis, or four years after completion.

Kailis was a small open pit mine developed by Sons of Gwalia in the 1990s, while King of the Hills has been on care and maintenance since April.

The transaction expands Saracen’s mineral resource within trucking distance of its Thunderbox plant, near Leonora in the northern Goldfields.

Thunderbox is expected to double Saracen’s annual production to 300,000 ounces per annum.

A third gold miner on the expansion path is Metals X, which has awarded two contracts at its Central Murchison gold project.

It has contracted Pacific Energy to restart its eight-megawatt diesel power station at the Bluebird gold mine.

Pacific Energy installed the power station in 2012 and operated it until February 2014, when its former owner put the mine was put into care and maintenance.

Metals X has awarded Australian Contract Mining a three-year underground mining and services contract for its Paddy’s Flat mine.

Metals X chief executive Peter Cook said ACM had been a solid and professional performer at its other gold operations, and the two companies had a solid working relationship.

Bluebird and Paddy’s Flat are part of the Central Murchison project, which involves development of multiple mine sites around Meekatharra.