Wesfarmers subsidiary Evol LNG has secured a six-year deal to supply gas for a 14.5-megawatt power station to be operated by Zenith Energy at the Kirkalocka gold mine. 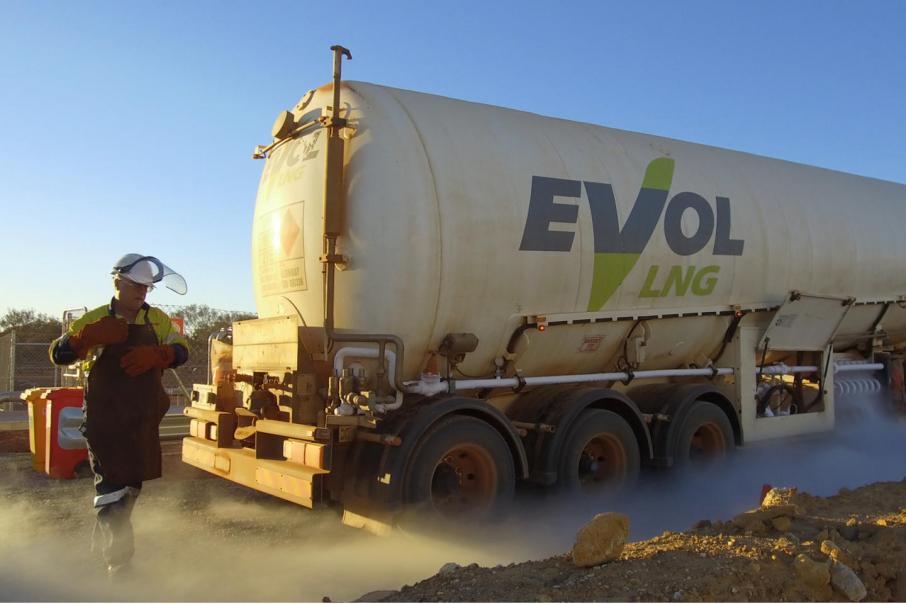 Evol LNG is produced in Kwinana and trucked across the state.

Wesfarmers subsidiary Evol LNG has secured a six-year deal to supply gas for a 14.5-megawatt power station to be operated by Zenith Energy at the Kirkalocka gold mine.

The mine, near Mount Magnet, went into care and maintenance about 10 years ago, after former owner Equigold merger with Lihir Gold.

It was acquired by private company Adaman Resources last year, with a bankable feasibility study since completed and $55 million of funding for the project secured.

Adaman plans to expand processing capacity at the mine to be 2.2 million tonnes per annum.

Production is expected to recommence in the final quarter of 2019.

Zenith will build, own and operate the power station at Kirkalocka, which will be a diesel and gas hybrid.

Adaman Resources chief executive Craig Bradshaw said choosing gas as a fuel instead of diesel would cut energy costs by about $13 million over the next six years.

He said it would also reduce exposure to diesel price volatility.

Under the deal, Evol will build, own and operate an LNG storage and vaporisation facility at the mine.

Evol chief executive Nick Rea said the emissions reduction from the use of gas would be equivalent to keeping around 3,000 cars off the road.

“LNG produces 25 per cent less carbon dioxide emissions than diesel, and during the initial six years of operation, the mine will avoid 50,000 tonnes of greenhouse gas emissions by fuelling its power station with LNG instead of diesel,” Mr Rea said.

“The scarcity of gas pipelines and absence of grid power would otherwise force off-grid mines to use diesel for power generation, but we are able to provide a much better solution with LNG.

“We have proven ourselves to the mining industry over the last decade, with seven mine sites now powered by Evol LNG.”