Murdoch University chancellor David Flanagan has revealed up to five senior executives are under investigation, while also disclosing some of the “shocking” evidence against them. 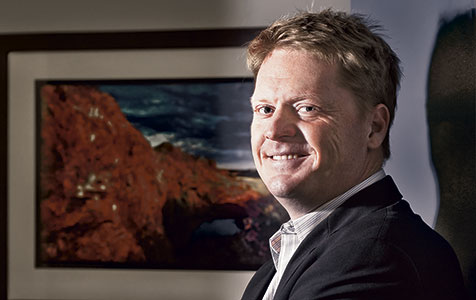 Murdoch University chancellor David Flanagan has revealed up to five senior executives are under investigation, while also disclosing some of the “shocking” evidence against them.

Mr Flanagan said in an interview this morning with 720 ABC Perth that the Western Australian Corruption and Crime Commission, which he described as having “unbelievable power”, had allowed him to publicly discuss the investigations in general terms only.

Last month, Murdoch vice-chancellor Richard Higgott resigned following investigations that began in January, but no information was given about what potential misconduct had sparked his departure.

Mr Higgott had been stood down on full pay five weeks before resigning.

Andrew Taggart has since been appointed acting vice-chancellor.

Mr Flanagan said he had been frustrated by demands by the CCC that details of the investigation remain confidential so he had requested freedom to speak because there was public interest and he thought it was unfair people were being tried in the media.

He said law firm Squire Patton Boggs and a forensic team from accountants KPMG had assisted in the investigations, which the CCC had been brought into after initial investigations uncovered further serious issues.

"Between 29th January and 17th September, there were some pretty shocking things that happened. Personally, I was pretty disappointed," he said.

He said the instances he mentioned were not a comprehensive list.

When questioned, Mr Flanagan conceded the investigations and surrounding mystery over allegations had certainly done damage to Murdoch and resulted in “all sorts of conflict and tension”.

He described his dealings with Mr Higgott prior to his departure as a classic involvement between chancellor and VC, marked occasionally with a bit of tension, but he thought they had a good relationship.

He said the CCC had yet to prove any allegations.