Music festivals, fundraisers, community fairs and marathons have been cancelled since March, but despite restrictions easing, organisers and suppliers are yet to fill their calendars. 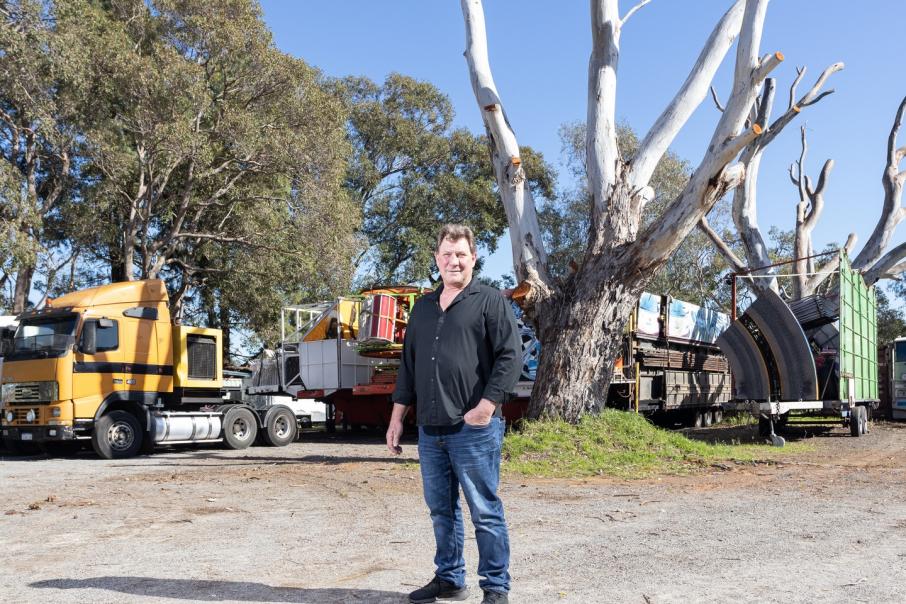 Music festivals, fundraisers, community fairs and marathons have been cancelled since March, but despite restrictions easing, organisers and suppliers are yet to fill their calendars.

To help restart the sector, Western Australia’s top events body has asked the state government for a $12.5 million package to stimulate the recovery.

Events Industry Association president Tony Williamson said responses from its 600 WA members showed more than 90 per cent lost 100 per cent of their income during the first few months of the pandemic, with more than half not expecting to re-employ all staff in the next year.

“Our proposed pathway to re-establish a sustainable events industry includes $12 million for hardship grants of between $25,000 to $100,000 to eligible event businesses demonstrating extreme business distress,” he said.

“This government support would allow businesses to repay outstanding debts from cancelled and postponed events, as well as increased upfront costs to stage new events, including extra hygiene measures and higher insurance premiums, all on top of existing business overheads.”

Although some restrictions have eased in WA, Mr Williamson said there were large lead times on events and they could not be expected to restart quickly.

“It’s not like a hotel where they can just open the doors and everyone will come flooding back in,” he said.

“The whole process takes months to get organised.”

In July of most years, West Coast Carnivals chief executive Mitchell Ross would be touring regional agricultural shows supplying carnival rides. Due to COVID-19, however, nearly all events have been cancelled.

With his first job since the shutdown scheduled for the Perth Royal Show in September, Mr Ross is worried about the $40,000 annual registration bill for his 19 trucks, on top of $85,000 in insurance payments, and has asked for his registration fees to be waived.

Mr Ross said this request was in line with COVID-19 relief measures put in place by other sectors, including the Department of Primary Industries and Regional Development’s decision to reduce commercial fishing licence fees to $1. He has been unsuccessful so far.

Mr Ross said he feared for the future of businesses in the broader events sector.

“We [the sector] have always had to stand on our own two feet … but in times of crisis like now, it would be nice to make sure our industry would be standing up at the end of this,” Mr Ross told Business News.

Ms Adams said she had some craft and community events booked, but the lost income from earlier in the year was making it difficult to pay insurance, venue hire, and first aid officers up front.

“Even if somehow the government just covers our fees for the venues for the next six months, that would make a difference,” she said.

Given the industry consists of a diverse collection of sporting events, charity fundraisers, music festivals and business conferences, Mr Williamson said the association had asked the government to create a ministerial events portfolio, in line with other states.

“We have asked the premier to consider that he establishes a minister for events, because the biggest problem we have at the moment is we sit between so many portfolios,” he said.

“We are arts and culture, we are sports and rec, we are tourism, we are in various ministers’ portfolios, and it does get confusing now and again where we fit.

“At a time when the entire community is discussing ‘big ideas’ to attract people to WA, the creation of a minister for events would be a strategic move to boost the profile and engagement of the industry.”